The British Are Coming! (1941-1945)
“Captain Maxwell Balfour, his piercing black eyes scanning the motley crew, gave them their first official greeting in the U.S. ‘Welcome to Tulsa.’, he said, ‘Climb on that bus and we’ll take you to breakfast’. The British had come to Spartan.”
“One of five flying cadet schools to be operated in the United States for the training of British civilian pilots will be opened in Miami July 19 under direction of the Spartan school of Aeronautics, it was announced at Tulsa Tuesday by Capt. Maxwell Balfour, director of the school. “The school will be one of three operated by Spartan, the nation’s largest trainer of civilian pilots, in the state of Oklahoma. The other schools are at Tulsa and Muskogee.”
Taken from The Spartan Story, an article in the June 19, 1941 edition of the Afton American announces the British cadets coming to America.

It’s Good-Bye in Any Language
“After completing his training at Spartan’s Number Three British Flying Training School at Miami, this British lad is ready to report with his classmates to the Royal Air Force. But as the train appears around the bend, he apparently has a little matter, strictly American, that he must attend to. Many British cadets at Miami become quite fond of Oklahoma and say that they will return for a visit after the war. Count this fellow in! Note the wings insignia on his shirt. The white armband indicates that he will receive a commission after his return to England.”

Taken from THE SPARTAN NEWS, November, 1942 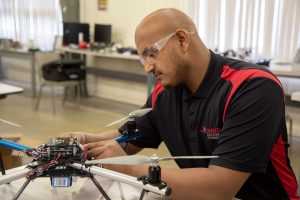 Aviation Electronics Technology (AET), or avionics, is a critical part of the aeronautics industry. Spartan College of Aeronautics and Technology provides training to folks looking 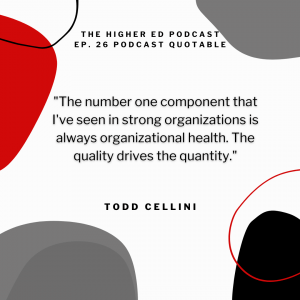 Spartan College of Aeronautics and Technology’s Chief Academic and Operations Officer, Dr. Todd Cellini was recently a guest on The HigherEd Podcast. This dynamic podcast focuses on providing the Education community with tools to help marketing efforts, 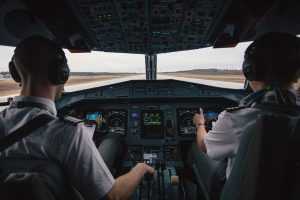 How to Become a Pilot (Hint: you’ll need some training!)

If you have a passion for flight, earning your private pilot certificate can be the first step into the aviation world. The avocational private pilot