Aircraft Inspection Robots and Drones: Some can fit in Your Hand! 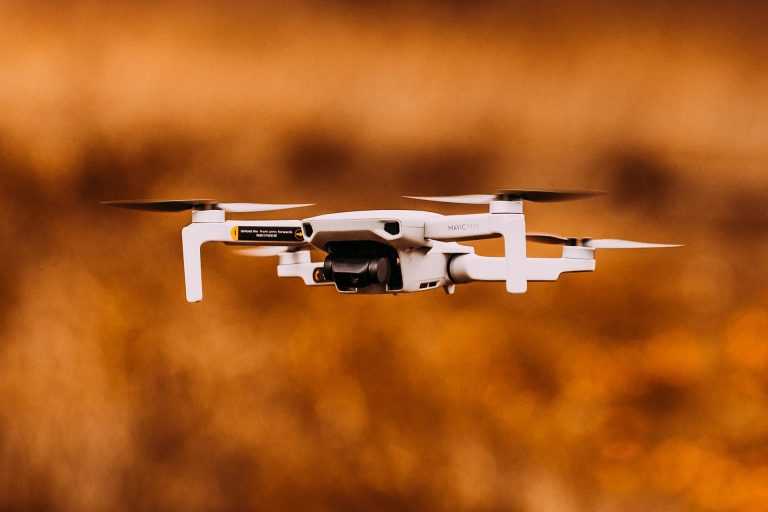 October 28, 2021
Aircraft Inspection Robots and Drones: Some can fit in Your Hand!

A full inspection of the fuselage, engines, and electronics can take a large passenger plane out of circulation for days at a time, but the different uses for drones can help speed up the inspection. Sometimes an entire engine has to be detached from a wing and disassembled in order to make sure it's still airworthy. The lengthy inspection process costs airlines a lot of money. Every hour spent disassembling, inspecting and reassembling parts of a plane is an hour when paying passengers are not in the air.

Most people don't know that the average commercial passenger airplane gets struck by lightning eight or nine times per year. EasyJet has revealed that at least one of their passengers planes get hit by lightning every day of the year. Each time an incident like this happens to a plane, the aircraft is grounded until it can go through a thorough safety inspection by certified Aviation Maintenance Technology technicians, like the ones trained every year at Spartan College of Aeronautics and Technology. Many companies are now finding practical uses for drones and robots to help with this task.

But imagine drone applications and robotics that can do the same tasks in a matter of minutes. That's what the future of drones and robots looks like in aviation maintenance. Drones and robots that can fit in your hand are increasingly being used to shorten and improve inspection times — and even smaller robots are on the way!

MRO Services: What Are Drones Used For?

Visual inspections, in addition to maintenance, repair, and overhaul (MRO), cause a tremendous amount of downtime for the airline industry. This is costly and sometimes even dangerous for the human technicians that have to carry out this vital work, which keeps the industry safe for passengers and crew.

Many people are surprised when they learn just how many uses for drones and robotics the aviation industry has already created. Some of the robot and drone applications that are already in use have only been previously seen in science fiction movies or comic books. But they're real — and already being used in the field!

Imagine a drone that can fly a pre-set pattern around the outside of a plane's fuselage, while sending data to technicians and engineers monitoring computers on the ground?

Or, how about a team of robotic "bugs" that can crawl around inside an aircraft engine while sending real-time, three-dimensional images to technicians wearing alternate reality goggles?

Okay, that last example doesn't exist yet. But it's in development and could be deployed within the next few years.

The point is that drones and robots for aviation MRO and inspection are far more advanced than you may realize. And they're getting more sophisticated every day as teams of engineers and nondestructive testing technicians dream up new ways to utilize them.

Let's explore some of the specific ways that robotics and drones are already improving the aviation industry.

If an airplane needs to be repainted, it's a lengthy task for human technicians. It requires stripping the old paint off with chemical strippers, followed by scraping and sanding all the exposed parts off. And that's before the repainting can happen.

A similar task involves cleaning the components of a jet engine. The engine needs to be stripped apart and then each component is blasted with chemicals and grit to clean it off. This is an incredibly labor-intensive job. It takes two full, 8-hour work shifts for a pair of technicians to clean just the front assembly case of an engine (16 hours total).

Aside from the fact that both of these tasks are time-consuming, they're also incredibly dangerous to the human technicians that had to carry them out. Technicians were required to suit up in full-body protective gear and breathing apparatuses, to keep them protected from the toxic chemicals and fumes involved.

Thankfully, the US Air Force developed the LARPS (Large Aircraft Robotic Paint Stripping) system in the 1990s to carry out stripping and repainting jobs remotely. And the similar ARMS (Automated Robotic Maintenance System) is able to clean an engine's front assembly case in just 90 minutes, as opposed to 16 hours. Both of these robotic applications shortened maintenance times and made the tasks much safer for human technicians.

When the Fukushima nuclear reactor melted down in 2011, a type of drone called the RISER (Remote Intelligent Survey Equipment for Radiation) was developed to check for contamination. Today that same drone technology — with some modifications — is being used for aircraft fuselage inspection.

The more modern version of this flying drone is called RAPID (Remote Automated Plane Inspection & Dissemination). A RAPID drone can be programmed to fly a set pattern around an aircraft's exterior, while scanning with a high-resolution camera that can detect imperfections as small as one square millimeter. 1² mm.

Minimal training is required to operate these drones. They can be stored in a small carrying case and transported on the plane, as well. If the plane lands on the other side of the globe and a visual inspection is needed, a technician from thousands of miles away can run a visual inspection, even if technicians in that remote location have never seen a drone before.

As an example of how much time a RAPID drone saves, consider visually inspecting a massive Airbus A320. Human technicians used to take a full 24 hours while suspended on a platform in a hangar above the plane to fully inspect it. A RAPID drone can do the job in as little as 30 minutes!

Swiss company SR Technics has invented a robot that looks similar to the character WALL-E from the hit movie. But this version has suction treads that can cling to wet or dry surfaces on the exterior of an aircraft. It can be equipped with infrared or ultrasound scanners that can detect flaws that are too small for the human eye to see.

The aircraft inspection robot can crawl around the entire exterior surface of an aircraft while scanning for flaws or minute damage. It pinpoints problem spots so that engineers and technicians can make precision repairs.

A similar version developed by Cranfield University in the UK looks like a remote-controlled car. It's called the Vortex and its wheels use a suction cup system to drive around the entire exterior of an aircraft. The Vortex can also be equipped with infrared and ultrasound testing equipment.

Both types of aircraft MRO robots are already in use by several airlines around the world. Eventually, researchers hope to develop small repair lasers that can be attached to the Vortex and the SR Technics robots, so they'll be able to conduct minor patch jobs remotely.

The Future of Drones & Robots: Bring on the Bugs!

Inspecting the interior of a jet engine often requires detaching it from the plane's wing and then completely disassembling it. As you can imagine, this is extremely time-consuming.

Aerospace company Rolls-Royce has developed a camera system similar to "keyhole surgery" in the medical industry. A camera on the end of a long, flexible tube can be inserted into the interior of an engine to take a look around. This is extremely limited, however. The camera can't be snaked into the proper position to look at every nook and cranny inside an engine.

That's why Rolls-Royce is developing a system it calls SWARM — a group of tiny collaborative robots that can crawl inside an engine and go anywhere. The concept will eventually work like this:

A tube will be snaked inside the engine. Then, a team of camera-equipped "bugs'' or "beetles" can be deployed through the tube. Either controlled remotely or through an AI program, the “bugs” will be able to encircle an engine component. Then, with tiny cameras attached to them, they'll relay three-dimensional images to technicians wearing alternate reality goggles. When the "bugs" have done their job, they'll just crawl back into the insertion tube.

The goal of this robotic tech is to eliminate the need to detach and disassemble an engine for a simple inspection. (That would only happen if the "bugs" detect a flaw.) Rolls-Royce wants to get the robots shrunk down to 10mm in diameter, so they can safely traverse the interior of a jet engine. But the prototype "bugs" are currently about 15 mm in diameter, so the concept still has a way to go before it is deployed.

Training for the Future of Aviation at Spartan College

As many technicians retire from the industry in the 2020s, Boeing and other aerospace companies predict the need for hundreds of thousands of new highly trained people nationwide to keep the airline industry flying high.

If you are interested in training to become an Aviation Maintenance Technology technician, or exploring Aviation Electronics Technology (Avionics), contact Spartan College of Aeronautics and Technology today to learn more about these programs.