From the Smallest to the Largest – Different Types of Aircraft Engines 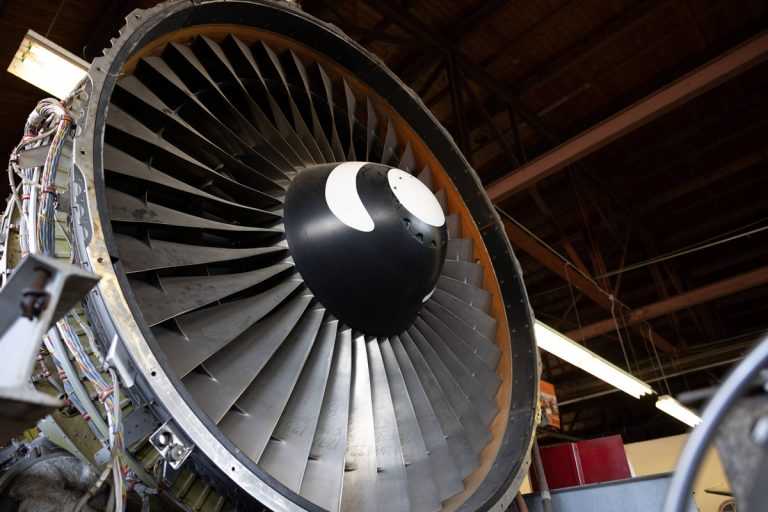 April 12, 2021
From the Smallest to the Largest – Different Types of Aircraft Engines

Aviation has certainly come a long way since the Wright brothers made their first short flight four miles north of Kitty Hawk, North Carolina. The rapid evolution of the aeronautics field has been literally propelled by remarkable technical innovation in the airplane engine.

In recent decades, aircraft, and aircraft engines, have diversified considerably employing a wide range of airframes, mechanical systems, and of course, engines. To a layman, this wide array of components can be quite intimidating. Whether you’re interested in working on planes or flying them, the first step into the world of aviation is contacting an aviation training school such as Spartan College of Aeronautics & Technology.

Spartan College welcomes aspiring mechanics who have a range of aspirations and goals through its Aviation Maintenance Technology and Airframe & Powerplant programs. As your training at Spartan progresses, you’ll gain indispensable knowledge and accumulate skills working on a wide range of equipment.

At the Spartan College Aviation Flight School, students have the opportunity to train on several different types of aircraft with several different engine types. Spartan flight students gain valuable and practical experience on their way to milestones that may include their single-engine private pilot airplane certificate or their multi-engine commercial airplane pilot certificate.

Both single-engine planes and multi-engine planes have their own distinct and unique advantages and disadvantages. For example, single-engine aircraft are generally less expensive to purchase and have lower operating costs. There are however some single engine aircraft that employ high performance engines that provide excellent great flight characteristics and higher operating speeds. In terms of performance, however, it is tough to beat multi-engine aircraft, which generally allow pilots to accelerate more rapidly and achieve overall faster speeds.

Of course, the main advantages of multi-engine planes are increased safety and peace of mind. With the redundancy of a second engine, pilots can often navigate to a safe emergency landing location even if one engine fails completely. Furthermore, multi-engine planes also tend to come with multiple starter generators and other backup components, which offer additional safety measures in the event of failure.

Thanks to the physics of asymmetric thrust, multi-engine aircraft are more likely to be involved in loss-of-control incidents. Asymmetric thrust is particularly problematic when an engine fails just after takeoff when the plane is traveling at a low altitude and exerting a high-power output. Other potential drawbacks of multi-engine planes include their visibility limitations and their often-complex fuel systems. And while the various backup components of multi-engine planes offer safety through redundancy, many modern single-engine planes have features, such as standby alternators and glass-panel avionics, that promote exceptional safety. However, at Spartan College, aspiring pilots learn how to fly both multi-engine and single-engine planes. They also learn how to problem solve when problems crop up mid-flight.

Generally speaking, airplane piston engines function much like the common automobile engine. Taking in air from the surrounding environment and mixing it with fuel, these engines work by burning that fuel to produce heated gas exhaust that moves a piston that is attached to the crankshaft. While the automotive drivetrain uses the crankshaft to turn the wheels of the car, the airplane’s crankshaft is connected directly to one or more propellers. There are some differences between aircraft engines and automobile engines. Aircraft engines employ different types of ignition systems and lubrication systems as well as systems to prevent the buildup of ice at the air intake.

Although piston propeller engines come in a wide range of sizes, the majority of larger aircraft now have some form of turbine engine. Smaller aircraft, however, can soar through the air under the power of smaller internal combustion piston engines.

There is a wide verity of propellers used on aircraft today.  In the Spartan Aviation Maintenance Technology program, you will learn the purpose and function of propellers such as:

Like traditional piston engines, turbine engines work by combining air and fuel for propulsive combustion. However, the gas turbines of turbine engines provide continuous combustion to drive a compressor that raises air pressure to extreme degrees to provide exceptional power. Identified by the path that air takes through the engine and the ways in which aircraft movement is produced, turbine engines fall into one of the four following categories:

At Spartan College, Aviation Maintenance Technology students can train to work on both propeller and turbine engines to power a range of single-engine and multi-engine aircraft. Furthermore, Spartan College of Aeronautics and Technology offers training on aviation components and systems that include airframes, rigging, hydraulic systems, environmental systems, and warning systems.