What is Santa Radar? 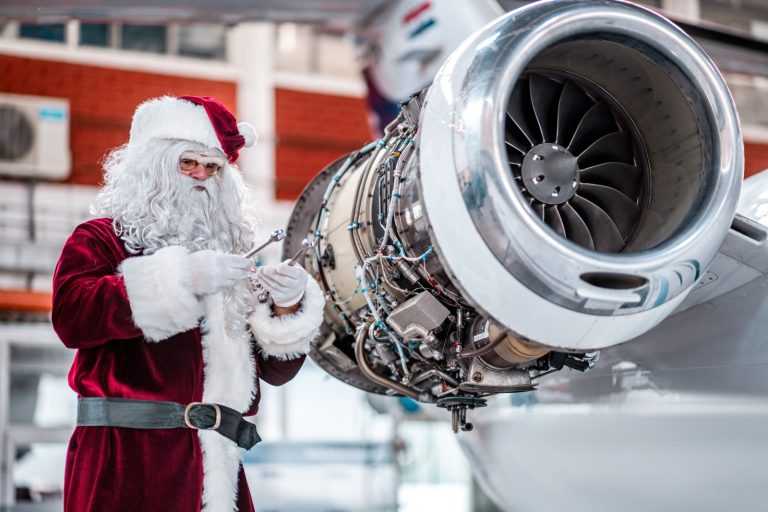 So, what is Santa Radar?

So, who is this group that tracks Santa? The North American Aerospace Defense Command (NORAD) is responsible for monitoring and collecting aerospace information from across the globe. It then communicates to partners such as NASA (National Aeronautics and Space Administration) or the Canadian Air Force Intelligence Service Radar Systems Detachment. The organization has many different responsibilities including air sovereignty operations.

NORAD’s mission - aerospace warning, aerospace control, and maritime warning for North America. NORAD is a joint military operation between Canada and the USA that monitors all possible approaches and potential attacks near North American borders in the air and in space.

RELATED: Intrigued by plane radar? We’ve got the facts! Learn more about the History of Radar here

What technology does NORAD use?

NORAD technology has three purposes – detection, control, and response. Detection (using radar installations) is how they can find and track Santa’s exact location.

The flow of information from each radar system is combined using sophisticated computer systems. Repeatedly upgraded over the decades, NORAD’s radar systems are all connected to command control by redundant communications methods (such as hard-wired connections or satellite links) in addition to microwave transmissions.

NORAD can virtually track North American air space and detect missile launches in just about any place on the globe. This is accomplished by using satellites to spot heat signatures and exhaust plumes. NORAD also can track all manufactured objects in space and can quickly detect any unauthorized aircraft. All this information is cross-referenced with civilian and military air traffic control.

There is a reason we count on NORAD with Santa radar every year – no one else is better qualified to find him! 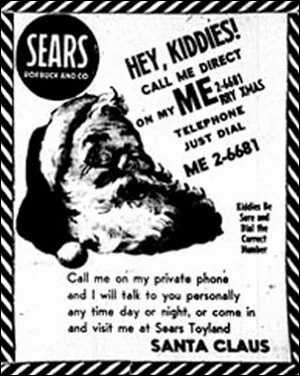 How was Santa Radar developed?

The NORAD Santa Tracker started in 1955 - on accident. An advertisement from Sears Roebuck & Co. included a unique phone number. Sears claimed that this phone line was a "direct" line that would connect children with St Nick. However - there was a typo on the ad! The children were not calling Santa Claus or Sears - they were calling the Continental Air Defense Command Operations Center located at Colorado Springs (now NORAD).

The NORAD team was confused - only one person at the pentagon had the number the children were using. At first, the NORAD team thought that the calls were pranks or a security issue. However, as more calls came through, the NORAD team spoke with some of the parents. As soon as they realized what had happened - they stepped up to answer the calls! They started talking to children who called, relayed messages, and gave updates on Santa's status.

This series of events was the birth of Santa radar. Though it may have started as an accident, now it has become a tradition for many children and adults alike.

RELATED: A little lost on the aeronautics terms? Check out our Aviation Terminology Glossary to learn more aviation terms.

In 2020, NORAD Santa radar celebrated its 65th anniversary. Though typically there are hundreds of volunteers, COVID-19 protocols limited the number of volunteers answering calls. That did not stop their mission. Callers could still hear a recorded message with Santa's latest location if a volunteer was not available.

Forbes has reported that the NORAD website receives nearly 9 million unique visitors each year from 200 countries and territories. Santa radar volunteers typically answer +70,000 calls to the Santa hotline and over 12,000 emails.

In addition to the website, Santa radar can also be found on social media on Facebook, Twitter, and YouTube. Families can call 1-877 HI-NORAD (1-877-446-6723) to talk to NORAD staff about Santa's exact location. From all of us at Spartan College - we wish you all a safe and happy holiday!