What Does SQUAWK Mean? 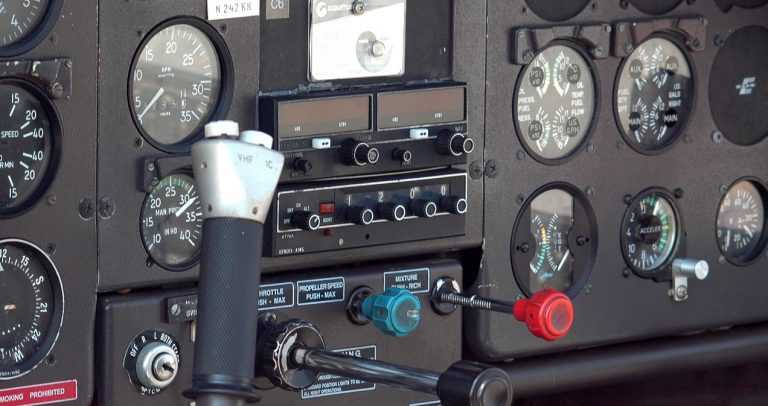 Anyone who is interested in aviation knows that the industry has a fascinating history, as well as tons of fascinating terminology and technology to learn about. If you've paid attention to pilots when you've been on airplanes, or you've begun to dig into airplane jargon, one term you might have heard is SQUAWK. While SQUAWK might initially make you think of birds, in reality, it's an important term that refers to the communication used when piloting aircraft. Read on to learn more about what SQUAWK means, the history of the term, and the technology that makes it all possible.

SQUAWKing is the process of communicating between the air and the ground, the process is essential for keeping planes in the air safe and ensuring a smooth and manageable air traffic control process, both for pilots and air traffic controllers. In short, SQUAWK refers to the communication that comes from an aircraft's transponder — or the radio equipment that a plane has that allows it to communicate with the radar system of air traffic control on the ground. SQUAWK codes are discrete phrases that are picked up on radar and are used to easily communicate something about an aircraft. They can simply reveal who an aircraft is and where they are flying, or they can relay something about a flight's situation, such as an emergency, a change in flight plan, an unexpected in-air circumstance, and more.

The History of SQUAWK

SQUAWKing was a term that was made up during World War II, when "Identification Friend or Foe" (IFF) systems were set up on airplanes so that it was possible to determine whether an aircraft was an ally or an enemy, and avoid any friendly fire. To let air traffic control know that a plane was "friendly," a two-way communication system was set up using a transponder. Air traffic control would put out a request for an aircraft to identify itself. If the aircraft identified itself with a code, then they established themselves as friendly. The IFF system was codenamed "Parrot" during the war, and it took on the term "SQUAWK" to determine the actual process of communicating.

Today, SQUAWKing doesn't just refer to instances in which air traffic control directly contacts an aircraft. Instead, SQUAWKing refers to a specific transponder code that aircraft can use to identify themselves or send a specific message to air traffic control. SQUAWK codes are four digits and they are used to easily identify a specific aircraft when detected on a radar, or to determine what an aircraft needs in the case of an emergency or situation in which a flight plan needs to be changed.

How SQUAWK Codes Work: The Basics

Basically, SQUAWKs are the communication tool that allows a constant dialogue between pilots and air traffic controllers. Before a flight takes off the flight is given a specific SQUAWK code. Air traffic control lets the pilot know before flight begins what their SQUAWK code will be, then pilots are instructed to set their transponder to that code. The controller will see that a pilot has set the code and then be able to track the aircraft while in flight.

When air traffic controllers check their radar screens, they will see a flight's SQUAWK code and know that it will refer to the specific flight it was given to. By looking at a specific flight's SQUAWK code, air traffic controllers can help you do things like notice traffic around you, get you back on track if you've become lost, help you stay out of restricted airspace, and more.

A pilot's transponder should remain on throughout an entire flight (unless instructed otherwise by air traffic control). Transponders can be switched off after a flight's final landing, once the aircraft has exited the runway.

At one point, SQUAWK codes simply showed air traffic control where aircraft were on radar screens. However, SQUAWK codes were not able to detail how high or low an aircraft was flying. So, Altitude SQUAWK — or Mode C — was also invented. When a pilot activates Mode C on their transponder, the transponder also communicates the plane's altitude information. Most commercial aircraft and planes that are able to take cross-country flights automatically transmit aircraft altitude in 100-foot increments. In order to fly in certain airspace (Class A, B, and C airspace), aircraft are required to have transponders that can be set to Mode C.

SQUAWK codes are four digits long. They begin with a number that is between zero and seven. The last three digits can be any of the nine digits. This means that there can be thousands of unique SQUAWK codes at once (4,096 possible codes, to be exact), allowing air traffic control to safely identify and single out each aircraft, so no flight or plane is mixed up with another. SQUAWK codes are usually random, but there are a handful of specialized SQUAWK codes that are reserved for unique or specialized situations or aircraft.

Code 7500 is the code for a hijack of an aircraft. When a pilot enters 7500 in a transponder, they can expect fighter jets to scramble and escort the aircraft to a base.

Code 7600 is the code for a loss of radio. If a pilot's radio goes out during a fight, they can enter 7600 into the transponder. Then they should proceed to their intended airport following a standard landing plan. Pilots should be extra careful and on alert for other aircraft around them in the sky.

This is the code for a general emergency. 7700 can be entered into the transponder for a variety of reasons, and some of the most common include medical emergencies, engine failure, problems with pressurization or landing gear, issues with flight control, and more. Entering 7700 into a transponder alerts all air traffic controllers in the area, so all available air traffic controllers can be ready to help should they be able to in an emergency situation.

Fascinated by SQUAWK and Other Aviation Technology? Consider Training at Spartan College

If you are a person who is interested in SQUAWK, transponders, aircraft, or aviation technology in general — or you're a student who aspires to learn more about how the aviation industry operates, consider applying to Spartan College of Aeronautics and Technology. We specialize in a wide variety of aviation trades, including offering programs in Non-destructive Testing Technology, Quality Control Management, Aviation Maintenance Technology, and Aviation Flight. Additionally, we have a Bachelor of Science in Technology Management program for students looking to sharpen their business acumen within technical industries.

Check out Spartan’s Tulsa campus to learn more about our programs by learning at Spartan College, you can take your passion for all things aviation technology to the next level.

Spartan College offers programs geared toward career-oriented training in the aviation industry. Learn more about our programs and consumer information.