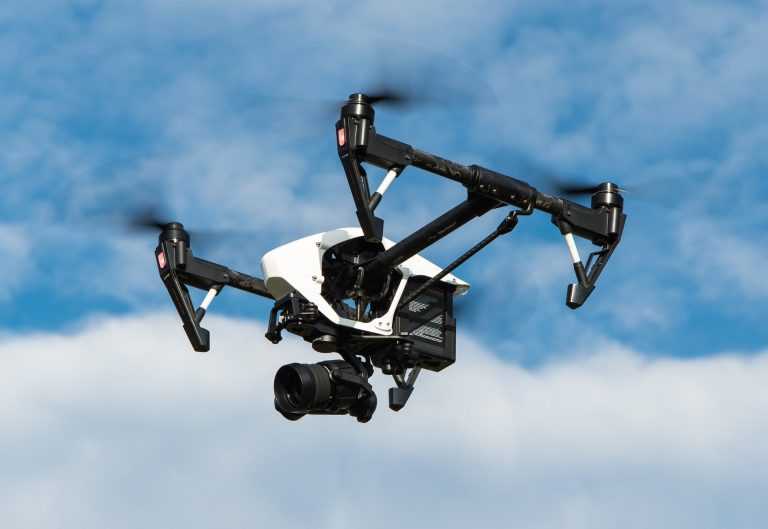 August 25, 2021
How the FAA's Upcoming Beyond Visual Line of Sight Rules for Drones Will Contribute to Growth

The commercial use of drones operating Beyond Visual Line of Sight (BVLOS) is still in its infancy. Until now, those who wanted to work in this area lacked a clear regulatory framework, which made it hard to scale up or continue to innovate. We got our signal that this was bound to change at the FAA Unmanned Aircraft System (UAS) Symposium on June 9, 2021. At that event, FAA administrator Steve Dickson announced that the Federal Aviation Administration (FAA) is forming a new Aviation Rulemaking Committee. This committee, which will operate as part of the existing Aviation Rulemaking Committee (ARC) will help develop a regulatory path for routine use of BVLOS systems.

What Types of Vehicles are Considered Drones?

There are a wide and diverse variety of unmanned crafts that could be considered drones. These range from small hobby crafts to complex autonomous vehicles. A few common drone types include:

What is a BVLOS Drone?

A Beyond Visual Line of Sight Drone (BVLOS) operates beyond the normal visual range of the pilot. These types of drones have several distinct advantages of line-of-sight drones. They require fewer take-offs and landings, which makes them more cost-effective and efficient. Most of their operations can be automated and run with little or no human intervention. They can more easily access remote areas or those that are hazardous to humans.

The FAA approved its first operation on January 15, 2021. The approved drones use an aerial intelligence platform known as the Scout System. The Scout System consists of the ScoutBase, which works in conjunction with an artificial intelligence (AI) powered unmanned aircraft system (UAS). Using technology like an acoustic Detect-and-Avoid (DAA) system alongside layered redundant safety algorithms allows the drone to safely operate in BVLOS conditions.

How Will New Regulations Drive Growth?

Right now, BVLOS use is very limited. The only companies who are working in this area are working under existing regulations using waivers that allow them to conduct routine inspection and maintenance tasks. These companies work in areas that include oil, gas, electric, railroad, and communications.

While their work has helped increase knowledge in the area of autonomous drone flight, they're not truly economically viable or scalable in the mid- to long-term. Creating a more formalized rules structure allows more applications to be put into use.

BVLOS drones have more safety concerns than line of sight operation. There is a higher risk of collision that must be accounted for because the pilot only has a remote camera feed to allow them to observe potential obstacles. In the case of automated drones, there may be no human observation at all. Special care must be taken to avoid collisions with other aircraft, injury to people, or damage to property. This is especially true when BVLOS drones operate in non-segregated airspace.

The potential applications for BVLOS drones offer a wealth of benefits, which make expanding their use worthwhile. However, before that can happen, we need a framework for security, safety, and other concerns. 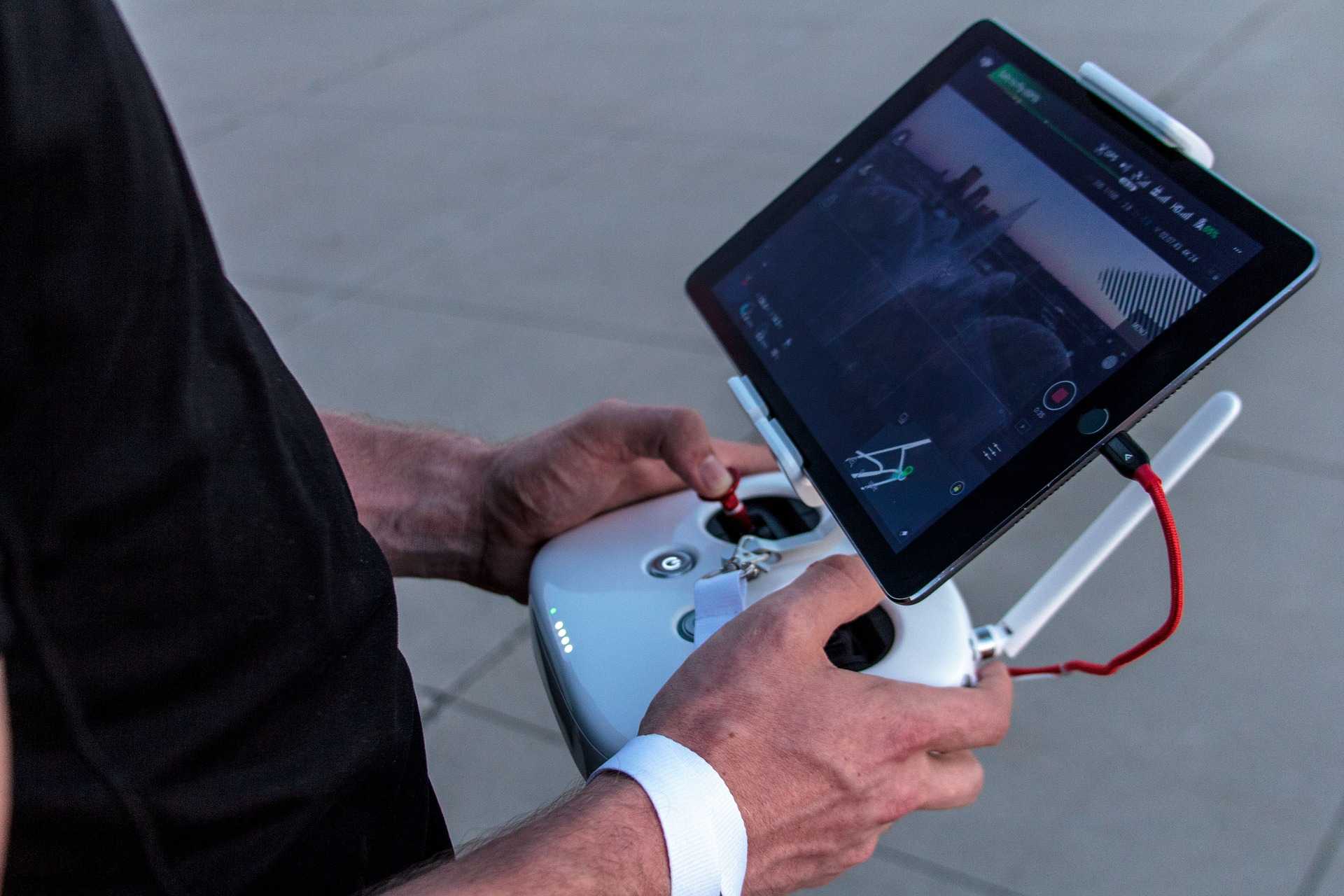 What are Some Applications of BVLOS Drones?

Imagine, instead of worrying whether a traffic jam would make you miss your next flight, you could hail a shuttle service that would fly you right to the airport. Instead of waiting for ambulances to make it out to the scene of an accident, emergency medical personnel could be dropped off quickly and efficiently before jetting off to the nearest hospital with their patient in tow. Groceries could be delivered without the assistance of human couriers. Online shopping purchases would arrive on demand.

Currently, these drones are used for functions like inspections. By sending a drone instead of human workers, enterprises are able to look over their systems safely and efficiently.

Once firmer regulations are in place, the floor will open up to new players and applications. Routine deliveries will be able to be completed with the use of drones. Unmanned traffic management (UTM) crafts will be able to ensure that both drones and manned aircraft can operate safely.

A regulatory framework will also open doors to exciting new areas such as urban air mobility (UAM). UAM will include vehicles like air taxis, which can revolutionize travel to and within cities.

UAM vehicles would have practical applications such as speeding up commutes from the suburbs to a city center. However, they could also allow visitors to engage in point-to-point travel or sightseeing from the air.

Right now, there’s a dearth of qualified truck drivers to transport goods. With the addition of BVLOS drone technology, items could be shipped to businesses and residences more easily.

Individuals who are homebound due to injury, disability, or age could have meals and medical supplies delivered.

During manmade or natural disasters, a need for delivery of hospital supplies, food, and water could be handled by autonomous drones. This would allow for the delivery of items into areas with flooding or road damage that might otherwise make it hard to make deliveries.

What Kinds of Safety Equipment and Protocols do BVLOS Drones Use?

While there is a lot of excitement about the prospect of BVLOS drones, there is also concern about quality of life in areas they are working, safety, and the security of the aircraft. In May, the European Union Aviation Safety Agency published their first study analyzing acceptance of UAM by everyday citizens. The regulatory agency anticipates that BVLOS drones of many types will be entering service in the EU within the next three to five years. While respondents were largely comfortable with the potential for drones in cities, they expressed some concerns about safety, noise, environmental impact, and security concerns. However, there are many protocols and systems in place to keep these vehicles safe.

Detect-and-avoid (DAA), also known as sense-and-avoid (SAA) allows drones to detect obstacles in the area and make rapid adjustments to avoid them. Visual cameras, LiDAR, acoustic, and radar are all tools for avoidance.

BVLOS drones that have a human operator will typically have a first-person view (FPV) camera that can be used for visual navigation. These cameras typically use low levels of power and have high-reliability, low-latency BVLOS datalinks to connect the drone and its operator.

Drones that operate autonomously can gather information from onboard instruments and sensors. This allows them to react when conditions change and make the necessary adjustments. Typically, these crafts have long-range telemetry, as well as a command-and-control link with the ground control station. These are operated via cellular signal, satellite, or radio.

Typically, those who operate this sort of drone have training in the latest safety and security requirements. There are also highly trained individuals who make sure that UAVs remain in strict working order. Many aviation programs cover at least some drone technology during their courses.

When and What Can We Expect from the New Rules Committee?

The new committee is expected to submit its recommendations to the FAA within six months. The committee will consider needs that include safety, security, and environmental concerns. They'll also look at the societal benefits of BVLOS drone flight.

The committee will work on recommendations that line up with the night flight, operations over people, and remote ID rules that were released in December of 2020. The committee plans to include urban air mobility and unmanned traffic management in their research.

With new regulations in place, those who wish to use BVLOS drones will have a legal way forward. Instead of operating under waivers of existing laws, they will have clear regulations that govern how, when, and where they can operate. This can open up new possibilities. With a new understanding of how to put this technology into effect while balancing health, safety, and the environment, we'll see new players offering more through drones than even before.

While it may still sound like science fiction, your drone delivery of groceries, an aid organization's shipment of hospital supplies, or your new way of touring an unfamiliar city is just around the corner. Keep an eye on this sector to learn what the future will bring.

Spartan College offers programs geared toward career-oriented training in the aviation industry. Click here to learn more about our programs and consumer information.