Evolution of Technology in Aviation Industry

The Role of Analog Technology in Aviation

In the early days of flight, analog technology was the only means of collecting data and communicating information. This came with its share of challenges, as storing and retrieving data was difficult. However, this means of operation was accurate for its time. When these systems failed, the decline usually happened gradually and therefore gave aircraft operators and controllers time to anticipate, and prepare for, repairing, or replacing them.

Beginning in the 1960s and extending into the next decade, a new device arrived on the scene that had a tremendous impact on the aviation industry. The US Air Force was the first entity to begin capitalizing on the advantages offered by digital computers and digital electronics. However, this branch of the military had a major hurdle to overcome, as all the sensors used to operate aircraft were still analog. So, most developers quickly set out to convert analog to digital and this digital technology then evolved for use with civil aircraft.

Today, more and more systems used in aircraft are operated digitally.  Digital means allow for the seamless storage, retrieval, and transfer of data. While some information may be lost when converting from analog to digital, losses are minimal, and preserving data digitally typically yields better long-term results.

The initial shift to digitization was marked by both successes and failures. Communicating by radio, for instance, proved more difficult. Signals tended to fade, and voice communications sometimes became garbled to the point that they were barely intelligible. Test equipment also presented challenges to users, as they had trouble distinguishing between extraneous information and the data they needed.

Transitioning from Old to New

Change and transition is never easy, especially in a field like aviation that has been established for many years. Going digital is definitely still somewhat new in aviation, but it is the future. For example, Garmin1000 avionics equipment in newer planes is revolutionizing the aviation industry. This new Garmin technology is an integrated flight instrument system that can replace most traditional flight instruments.

Evolution of Technology in Aviation Industry

Since the dawn of powered flight, the aviation industry has undergone a continuous change in technology. We have seen the evolution in aircraft structure, aircraft 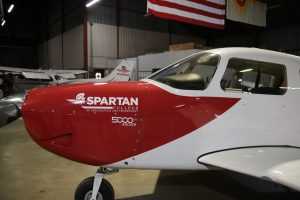 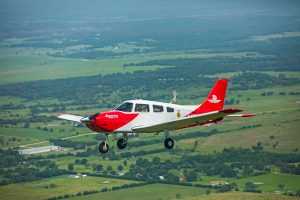 If you’re considering the field of aviation and aren’t sure where to go for training, it’s important to find a school that meets standards in