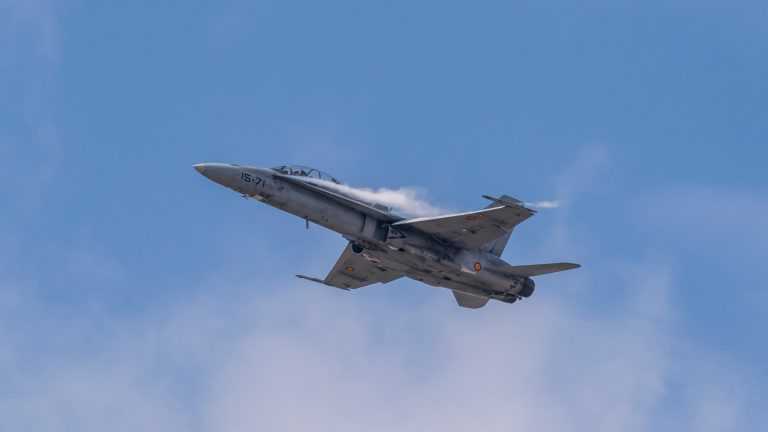 May 17, 2021
Becoming an Air Force Pilot: The Necessary Education, Qualifications, and More

According to the United States Air Force’s own website, the entry level salary for an E-1 Airman Basic pilot with one year of service under his or her belt comes in at roughly $1,733.10 per month. If you stick with this particular career path and work your way up the chain of command, after five years of service you have the potential to see that salary increase to $3,836.10 per month at the E-7 Master Sergeant level. That comes out to about $46,000 per year, before considering any bonuses or other financial perks that you might qualify for.

As a part of the branch of the military that is responsible for transport, reconnaissance and even aerial warfare, Air Force pilots get to fly a wide range of different types of aircraft depending on the situation. This can include but is certainly not limited to fighters, bombers, transport planes and even unmanned aerial vehicles, also commonly referred to as UAVs for short.

Regardless, Air Force pilots are the brave, hardworking men and women who conduct actual flight operations – doing their part on a daily basis to help keep all of us safe and secure at all times. Air Force pilots may be stationed at bases within the country, or in remote locations all over the world. This is a dangerous career, to be sure – but the type of training most Air Force pilots receive is second-to-none and it’s certainly a profession that brings with it a sense of satisfaction and duty that most would be hard-pressed to find anywhere else.

But at the same time, becoming an Air Force pilot isn’t something that can just happen overnight. Candidates must not only meet a rigid list of qualifications, but they need an extensive educational background as well. Therefore, if you have decided that becoming an Air Force pilot is the most appropriate career path for you, there are a number of key things you’ll need to keep in mind.

Obviously, becoming an Air Force pilot requires one to be an active member of the United States military. Therefore, the first step towards this career path involves contacting a local Air Force recruiter station and joining the service as soon as possible. This point is important, as working with a recruiter can help make sure that applicants meet all of the basic eligibility requirements. A recruiter can also help make sure that applicants understand the various options that are available to them. In terms of becoming a pilot, people can do so as an active duty member of the Air Force, in the Air Force Reserves or as a member of the Air Guard.

In order to even be considered as an Air Force pilot, candidates will first need to go out and earn their Bachelor’s degree. While it’s absolutely true that the Air Force itself does not require pilots to have any specific major, it certainly helps to get a degree in either aviation or some related field. This will give applicants a leg up when it comes to not only flight training, but understanding some of the major elements like aerodynamics, aviation laws and aircraft systems that they’ll deal with after they graduate.

Note that earning a Bachelor’s degree with a grade point average above 2.5 is required. Having said that, it has been noted that a GPA of 3.4 or higher is preferred.

Once that Bachelor’s degree has been earned, candidates will need to enroll in the Air Force Reserve Officer Training Corps, otherwise known as the AFROTC. As an alternative, they can also choose to attend the United States Air Force Academy (or USAFA for short) if they want to first become an officer.

During their time with the Air Force Reserve Officer Training Corps, students will complete various field training exercises while also taking classes in critical concepts like aerospace, leadership, military laws and Air Force organizations. If students choose to attend the United States Air Force Academy instead, they will take airmanship courses and will also have the opportunity to begin their flight courses in earnest.

Note that it is possible to continue with this career path without attending either the AFROTC or the USAFA. It involves attending Officer Training School, or OTS. This is a program designed to guarantee that trainees are capable of daily physical conditioning and as a result, instructors will administer an Air Force Physical Fitness test within the first week of participation. All told, this is a two month training program that includes a mixture of both classroom lessons and in-the-field exercises in essential topics like and navigation, first aid, self defense and more.

Qualifications to Become an Airforce Pilot

The United States Air Force’s website contains an extensive list of qualifications that candidates must meet before they can become pilots, which include important ones like:

It’s equally important to note that additional requirements may be necessary that will vary depending on the specialty the applicant selects.

Along the same lines, it should be understood that for both pilot and aircrew positions, height specifications will always vary by aircraft due to the physical limitations of the craft itself. Any applicants who are “significantly taller or shorter than average” might need to go through special screening procedures to make sure that they can safely perform the operational duties of the craft in question, as per the Air Force’s website. Basic height requirements include being anywhere from 5 feet 4 inches to 6 feet 5 inches tall, while having a seated height of between 34 and 40 inches tall.

Despite this, applicants of all heights are encouraged to apply if this is really a career they are passionate about pursuing.

Other important physical condition considerations include a candidate’s vision, which can be no worse than 20/40 in either eye for near vision and 20/200 for distant vision. If an applicant does not meet these qualifications, they will need to correct their vision to 20/20 before continuing. Likewise, color blindness and poor depth perception will disqualify someone from becoming an Air Force pilot, as will a history of hay fever, asthma or allergies (after the age of 12-years-old). You must also have a healthy weight for your height and must have perfect hearing.

With regards to Air Force officer training, this process typically begins by taking the Air Force Officer Qualifying Test, also called the AFOQT for short. This is a test that essentially breaks down into a series of 12 smaller tests, each one focusing on critical topics like general science, reasoning, instrument comprehension, mathematics and others. In order to continue, candidates will need to get at least a 10 on the quantitative portion of the test and a 15 for verbal composite scores.

During this time, officer applicants will also need to pass a series of physicals to make sure that their bodies can handle the rigid demands of flying state-of-the-art military aircraft, and they’ll need to have additional background checks performed at the Military Entrance Processing Station.

Finally, note that only United States citizens are qualified to become Air Force pilots. If an applicant is not a citizen, they should apply to become one as soon as possible after enlistment as the process does take a significant amount of time in most cases. Thankfully, there is an expedited process for members of the military that dates back to 2002 that waives the requirement to be a legal permanent resident of the US for five full years before applying for citizenship at all.

Flight Training and Beyond

At this point, Air Force officers who wish to become pilots will go through the Initial Flight Training process, or IFT. This allows instructors to adequately assess someone’s ability (not to mention their desire) to learn the admittedly difficult aviation skills that will soon become an important part of their lives. Pilot candidates will be exposed to the basics of aviation at the beginning of this process, before soon moving onto more advanced topics. Note that any candidate will need to pass both a flight physical and have their Student Pilot certification BEFORE they can attend Initial Flight Training.

Once this has been successfully completed, prospective Air Force pilots will then move onto Undergraduate Pilot Training, or UPT. This is the part of their training process where they learn more about topics like navigation, aerobatics, formation flying and more. They’ll also dive deep into specific lessons about how to use aircraft instruments on some of the real world aircraft that they’ll be one day flying.

Undergraduate Pilot Training is a year long and includes full weeks of 10 to 12 hours per day of classroom instruction, simulator training and flying. This program will be conducted at one of three sites: the Columbus Air Force Base in Mississippi, at Laughlin Air Force Base in Texas, or at Vance Air Force Base in Oklahoma.

After gaining basic flight skills, some officers might get the opportunity to operate unmanned aerial vehicles (also commonly referred to as “drones”). Based on a candidate’s preferences, the availability of certain aircraft and even their training evaluations, this is also when someone would be put on a more specific track like airlift/tanker or bomber/fighter. After getting this track assignment, candidates will receive even more specialized training to better develop their skills for the successful operation on the specific type of aircraft that they’ll spend most of their time flying.

At that point, someone is no longer a “candidate” to become an Air Force pilot – they ARE one. After proving that they’re able to perform to a high standard, and after they demonstrate a significant amount of competence (not to mention mastery) in terms of aviation, they’ll be able to advance higher within the Air Force (and will accept a greater degree of responsibility as a result).

Over time, they will log many flight hours and will also gain the critical leadership skills that they would be hard-pressed to obtain through other means. Once their active duty service has ended, they can continue to work within the Air Force or can choose to pursue a career with civilian employers in aviation-related fields.

While Spartan College doesn’t offer this program, we invite you to explore other aviation-industry training that we offer. Click here to learn more about our programs.