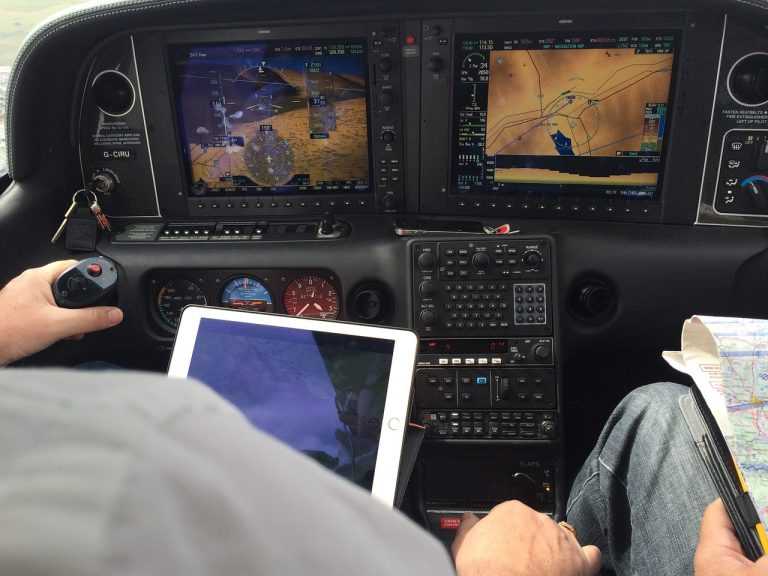 Aviation technology is a vastly complex field with nuances around every corner for those interested in exploring it. If you want to fly a plane, you can't just learn the basics and then rely on air traffic control to get you where you want to go. Instead, you need to learn the ins-and-outs of flying, including how all of the instruments in your plane work and what their readings mean — as well as how to use both the readings from your instruments and visual reference outside the plane to fly.

If you have studied aviation technology or started to train how to fly, you may have heard of instrument flight rules (IFR). IFR is a set of regulations that govern how to fly a plane when using visual reference is not safe. To learn more about what instrument flight rules are, why they are important, and how you can learn them, read on. This basic guide to IFR will introduce you to what you need to know if you're training to fly a plane and only have the instruments in the aircraft to help you.

IFR vs. VFR: The Difference

When you fly an aircraft, there are two types of regulations and rules you must follow via the FAA: visual flight rules (VFR) and instrument flight rules (IFR). Visual flight rules apply when you can safely see outside of the plane and the environment around your aircraft. When following VFR, you use visual cues to help you determine the decisions you make while piloting the plane.

Sometimes, however, you cannot safely use VFR to pilot a plane. This happens when conditions make it unsafe to use visual reference outside of the plane to govern the flight. The switch between IFR and VFR often happens because of weather conditions. When conditions are foggy or cloudy outside, using visual reference is simply not enough to guide your decision-making process for the plane.

The FAA has strict specifications on when a pilot can fly IFR versus VFR. To start, IFR requires a ceiling (cloud height) that is less than 1,000 feet above ground level, and/or visibility that is less than three miles. To fly VFR, you must have a ceiling greater than 3,000 feet above ground level, and you must also have visibility that is more than five miles.

Most people consider IFR to be a more difficult way to fly than VFR, because it requires more training, practice, and a better understanding of the instruments in your plane. People who go to flight school, however, will study both sets of rules and regulations, starting with VFR and then continuing on to learn about IFR. Once students have mastered both, they'll be able to fly using either IFR or VFR — whichever conditions necessitate in flight.

Learning IFR is not just a part of training in flight school. In reality, knowing how to pilot an aircraft when you're not able to see outside the plane comfortably is extremely important for being able to pilot a plane no matter what weather conditions you encounter in flight.

In addition to flying using the instruments in your plane, using IFR requires more important knowledge about and understanding of how to pilot an aircraft. Pilots who fly IFR learn how to read and understand weather radars and weather reports. They can understand icing conditions and freezing, to ensure they keep the aircraft safe in the air and once they land. They also understand how a human body can respond to a variety of situations in the air, so they know how to orient or re-orient themselves no matter what they encounter in flight.

Learning IFR takes work and training, in the end, but knowing IFR is a safety net that ensures that you and your passengers remain safe and comfortable while in the air. In addition to the safety and comfort benefits of IFR, it's a higher rating and shows that you have more knowledge and expertise. Knowing IFR also allows you to fly more frequently, since you won't be grounded by weather, when the weather is not ideal for flight.

Instrument Flight Rules: What Instruments You Must Learn to Fly IFR

A plane has tons of instruments, but there are several key instruments you must completely understand in order to fly IFR. We often call these instruments the "Six Pack", and these aircraft instruments include:

How to Train in Instrument Flight Rules

If you want to learn instrument flight rules, the first step is to apply to a training school to study Aviation Flight or Aviation Electronics Technology. Once you learn the basics of an airplane and how flight works, you'll first learn to fly VFR. Then, you'll learn to fly IFR. You will pilot flights during which you must use IFR to get to where you want to go. With enough training, studying, and experience, you can master IFR, and you can fly with instrument flight rules with precision and safety.

The FAA also recommends learning your personal minimums. While there are fast and hard minimums for using IFR or VFR, sometimes, a pilot may be more comfortable relying on instruments than on visuals to guide the plane. You should learn these for yourself based on experience, then memorize them. Then, if you encounter a situation in which you know it would be easier for you to fly IFR (or, alternatively, VFR), you can automatically revert to using those regulations, without having to make a hard decision while in flight or weighing your options.

Learn About Instrument Flight Rules and More at Spartan College

If you are interested in studying aviation flight beyond the basics of instrument flight rules, or if you want to train to work with aircraft, consider studying at Spartan College of Aeronautics and Technology. We specialize in preparing people to work in the fields of Aviation Flight, Aviation Maintenance Technology, Aviation Electronics Technology, Nondestructive Testing Technology and Quality Control Management, and Technology Management — and beyond.

Spartan College has campuses in locations across the United States. However, our Aviation Flight program is based in Tulsa, OK. So, if you’re looking to learn another aviation topic, you can choose the campus that is most geographically convenient for you — or that has the program they're interested in attending.

If you want to learn more about Spartan College, the programs we have, and how we can help you begin your aviation training, reach out to us today. We look forward to hearing from you, or helping you understand the path you can take with aviation.

While Spartan College doesn’t offer this program, we invite you to explore other aviation-industry training that we offer. Click here to learn more about our programs.