Facts You Should Know About Aviation Hydraulics and Landing Gear 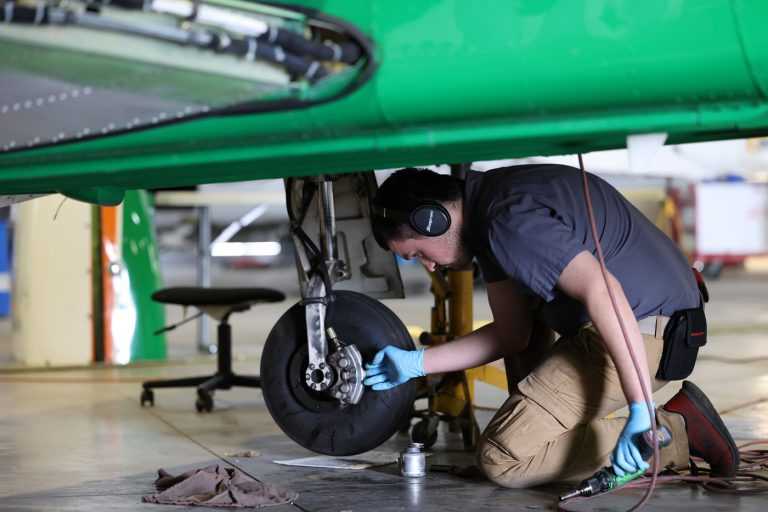 Facts You Should Know About Aviation Hydraulics and Landing Gear

If you are considering training in the field of aviation, you have undoubtedly heard terms such as hydraulics and landing gear. Nevertheless, your knowledge of these concepts may not go too far beyond that. Unless you have been researching these topics extensively, you most likely only know that each of these concepts is important in terms of a plane's overall functionality. However, if you are going to get into the field by training in aviation mechanics or flight, understanding how both hydraulics and landing gear work is imperative. With that in mind, the following is an in-depth look at each.

What are Aviation Hydraulics?

For those who are unfamiliar, aviation hydraulics systems are one of the systems that help planes take off, fly, and land. Although two different systems can be installed to help control these functions: pneumatic or hydraulic, aviation hydraulic systems are far more popular because they provide planes and pilots with the most reliable system available.

In particular, aviation hydraulic systems are used to help control and manage equipment such as brakes, flaps, thrust reversers, flight controls, and of course, landing gear. Hydraulic systems are the preferred system because they offer the perfect amount of pressure to operate these systems. This makes them an ideal fit for airplanes of all kinds.

Generally speaking, hydraulic systems are said to work better because they typically use non-compressible liquids. This means they cause no delay in movement, unlike pneumatic systems. This is obviously a great thing when dealing with something as serious and sensitive as flying.

When it comes to the basic components of a hydraulics system, they are as follows:

Hydraulic fluid helps to maintain the functionality of hydraulic systems. The three main types of fluids being used in most hydraulics systems today are:

Other Uses for Hydraulics in Aviation

In addition to helping control the landing gear, there are plenty of other applications for hydraulics in aviation. For instance:

If you are interested in learning more about aviation or pursuing training for a career in aviation, attending Spartan College of Aeronautics & Technology is an excellent option. Those who attend Spartan College join the ranks of over 100,000 pilots and technicians trained there thus far. Rather than leaving it to chance, attending Spartan College will allow you to access the expertise of an institution that has been training many people in the aviation field for nearly a century. Ready to get started? Contact us today for more information, such as how to apply and how to get financial assistance (for those who qualify).