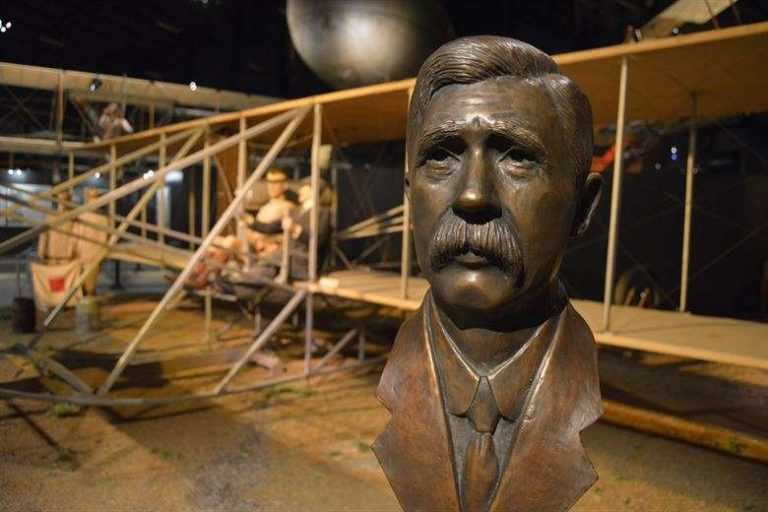 Aviation maintenance was crucial to the invention of the airplane by the Wright Brothers and they could not have succeeded without the genius thinking of Charles E. Taylor. There’s a good chance you have heard of the Wright Brothers before, but “Charlie” as they called Charles Taylor, is more likely to have escaped your notice. He was more of a quiet man who was intrigued by the sound of machinery and greatly enjoyed smoking cigars.

Taylor hated the limelight, which is perhaps a reason why most people have never heard of him. Not only did he help invent the first power airplane, but he also went on to become the first airport manager. His aspirations didn’t stop there. Later on, he helped build the first military airplane and followed that by engineering the world’s first ever transcontinental flight. He was eventually inducted as the first airplane mechanic into the USAF Museum.

During his younger years, Taylor lived in Illinois. As a child, he had no idea he would go on to achieve such greatness as the world’s first aviation maintenance technician, but it was evident that he was a tinker as he loved working with and creating machinery. Before moving to Dayton, Ohio, he married and had a son. He and his family settled in Dayton in his 20s, but Taylor was not working as an aviation maintenance technician yet. He landed a well-paying job through the Stoddard Manufacturing Company. His role included making farm machinery and bicycles.

By 1901, Taylor had moved on to work for the Wright Cycle Company, which is where he met the Wright Brothers. They came to Taylor with a proposition to build them a lightweight engine for a flying machine, which became his first formal task as the aviation maintenance technician for the Wright Brothers. To everyone’s amazement, it took him only six weeks to build the engine, which was the first of its kind and started over a century of airplane mechanics on their way to greatness in aviation. Probably the most amazing aspect of the whole invention was that he built the first airplane engine with tools normally found in a bicycle shop. Come December 17, 1903, Taylor watched his invention become a huge success when the Wright Brothers soared through the sky during the first ever powered airplane flight.

Another notable aspect of Taylor’s career was during the world’s first transcontinental flight. Taylor himself didn’t actually fly the plane, but he was along for the ride on the ground serving as an aviation maintenance technician on the ground. Every time Cal Rodgers’ plane crashed, which was 15 times, Taylor was there to keep the plane afloat. The plane landed 70 times throughout the adventure, which is 69 times more than a modern transcontinental flight, which shows just how far aviation maintenance technology has come in the past century.

Never throughout his career did he prefer any spotlight, but it’s clear to see that Charles Taylor paved the way for huge advancements in the aviation industry by being the world’s pioneering airplane mechanic and aviation maintenance technician.