Augmented, Virtual, and Mixed Reality: The Next Generation of Mechanics 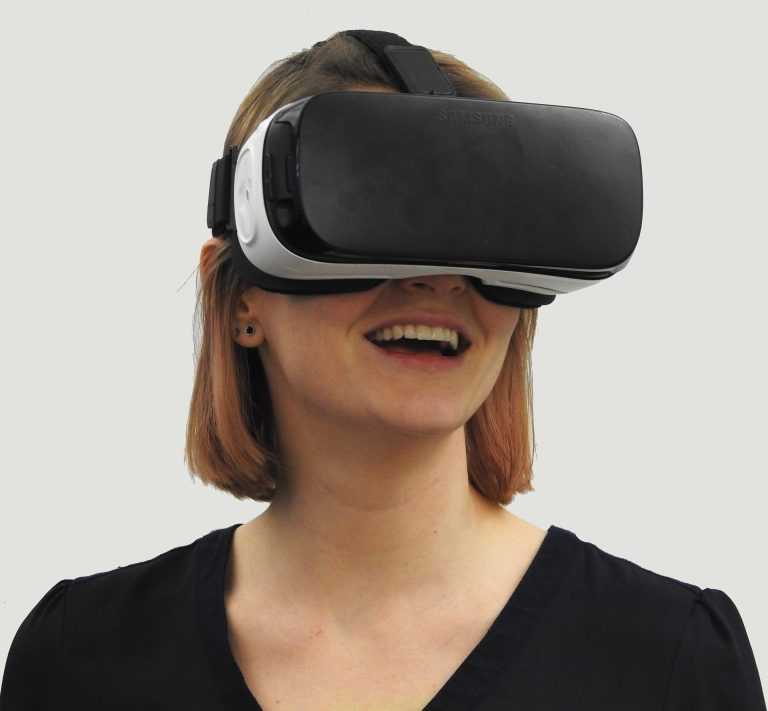 November 23, 2021
Augmented, Virtual, and Mixed Reality: The Next Generation of Mechanics

Before we dive into how augmented and virtual reality technologies are already being employed in the aviation industry and what the future might hold in store, it's important to first define a few terms — namely, the distinction between virtual reality, augmented reality, and mixed reality.

Virtual reality (VR) entails full virtual immersion. With virtual reality, users are given a headset that fully immerses them in a virtual world where everything they see, and experience is virtual. Augmented reality (AR), meanwhile, entails augmenting a user's real-world, live view with digital elements.

For example, a person using a VR flight simulator where the runway, sky, and even the flight controls themselves are all virtual would be an instance of virtual reality, while a pilot wearing a headset that provides them with virtual data on the things they are seeing without interrupting their view of the real world around them would be an example of augmented reality.

Mixed reality (MR) is another technology worth mentioning. In MR, virtual and real-world elements are able to interact. Rather than just overlaying digital information into a live view as is the case with AR, MR creates an experience where the user is able to interact with both real-world and virtual elements at the same time. Compared to AR and VR, MR is the newest and least developed of the three. As such, its applications in the aviation industry are currently limited, but ripe with potential.

All three of these technologies are playing increasingly prominent roles in various aspects of the aviation industry, and each provides its own unique functions and advantages. When looking at how VR, AR, and MR are shaping the future of aviation, therefore, understanding the distinctions between these various technologies is an important place to start. 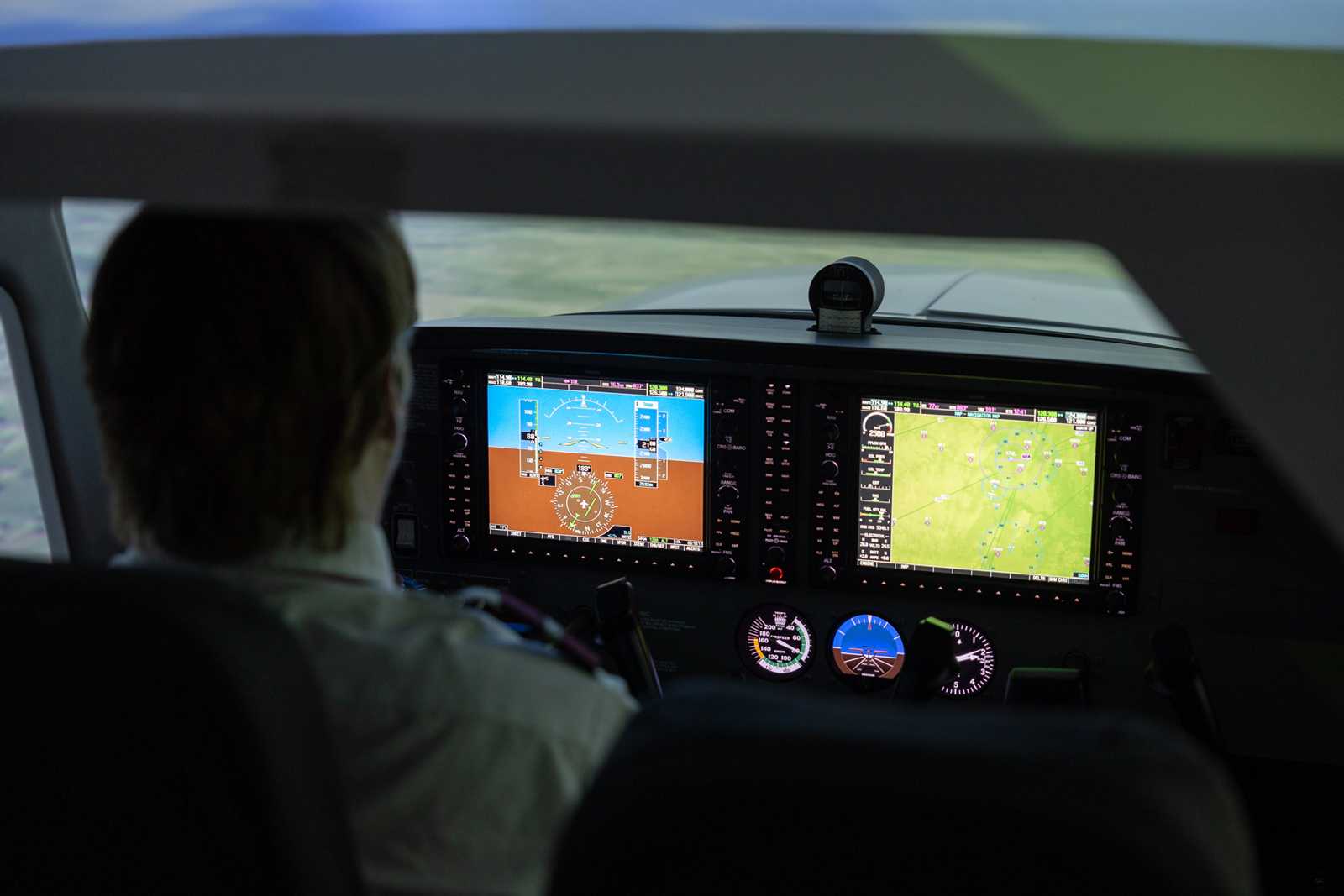 Traditionally, the only way to properly train a pilot was to put them behind the controls of an actual aircraft. Putting pilots-in-training into the skies, though, is an exercise that is both costly and risky. Thanks to virtual reality aviation technology, both the expense and risk associated with training new pilots can be dramatically reduced.

By simulating an experience that almost perfectly mirrors what a pilot would experience in the cockpit of an actual aircraft, VR technology is able to provide pilots with hours of "in-flight" training without ever requiring them to actually leave the ground. Operating the technologies that make this virtual experience possible is certainly much more cost-effective than operating a real aircraft, and it's much safer for everyone involved as well. With traditional in-flight training, a mistake made by a pilot in training is something that puts millions of dollars and numerous lives at risk. With virtual reality training, such a mistake is little more than a teachable opportunity.

Another major advantage of virtual reality training is that it allows instructors to simulate difficult and dangerous scenarios without ever putting lives at risk. Drilling scenarios such as a failed engine or extreme weather when pilots are in the cockpit of a real aircraft presents a wide window of error and potential for danger. With VR flight simulators, though, pilots are able to experience a realistic portrayal of what it would be like to actually navigate these difficult scenarios in a way that is completely safe.

While VR is the technology to beat when it comes to training new pilots in a way that is safe and cost-effective, AR is the technology of choice for enhancing a pilot's capabilities once they are actually in the air. By providing data on details regarding terrain, weather, navigation, traffic, and more in real-time, augmented reality in aviation can dramatically improve pilot and passenger safety during takeoff and landing.

One of the most sophisticated examples of augmented reality in aviation can be found in the headsets that are issued to pilots of the fifth-generation F-35 fighter plane. These headsets cost a staggering $400,000 a piece, but the capabilities that they provide to F-35 pilots are even more mind-boggling than their expense. In addition to more traditional functionalities such as night vision and live-video projection, the F-35 headsets also offer several AR functionalities. For example, F-35 pilots are able to actually "see through" the base and walls of the aircraft thanks to the headset's AR capabilities and six cameras mounted outside the aircraft. Called the "Distributed Aperture System", this functionality provides F-35 pilots with a 360-degree view of their surroundings at all times. Based on where the pilot is looking, the headset is fed live video that, for all intents and purposes, renders the base and walls of the aircraft invisible. In addition to providing 360-degree visibility, the AR functions of the F-35 headset also provide pilots with real-time targeting information, data from other aircraft, and the ability to zoom in or out on any target or location.

In-air applications for augmented reality are still in their early stages. It's safe to say, though, that pilots of fifth-generation fighter planes won't always be the only ones who get to enjoy such technologies. Aero Glass, for example, is one company that is already working to provide AR solutions to commercial pilots. By streaming key information through a pair of AR-enabled "smart glasses", this technology enables pilots to access key data regarding their surroundings without the need for multiple screens and instruments.

AR and VR for Aviation Engineering and Product Design

In the past, aviation mechanics were typically only given the opportunity to work on an aircraft and grow their experience when an aircraft was actually in need of repairs. Given the reliability of modern aircraft, such opportunities are becoming increasingly rare. With VR training simulators, though, aviation mechanics are able to familiarize themselves with an aircraft's mechanics within a realistic and low-cost environment, providing them with the opportunity to enhance their skills and improve their knowledge retention without requiring an actual, broken-down aircraft for them to practice on.

While VR is changing how aviation mechanics are trained, AR is changing how aircraft are manufactured. Installing the electrical wiring on aircraft is a complicated task that doesn't offer any room for error. In order to help those responsible for completing this all-important task avoid costly mistakes, Boeing is experimenting with AR solutions designed to provide technicians with interactive, 3D wiring diagrams that are completely hands-free and are able to adjust in real-time based on where the technician is looking.

The Future of AR and VR in the Aviation Industry

The wide range of uses for AR and VR within the aviation industry is especially impressive when you consider the fact that these technologies are still relatively new. In the not-too-distant future, it's safe to assume that AR and VR functionalities will continue to play an increasingly prominent role throughout all facets of aviation — from pilot training to in-flight functions to aviation engineering and beyond.

At Spartan College of Aeronautics and Technology, we train individuals in a variety of aviation topics. While we do not offer programs in AR or VR, we provide pilots, aviation maintenance technicians, and aviation electronics technicians with the best possible training available today. Spartan College places a special emphasis on technology-focused, practical solutions in our training. To learn more about receiving an education in flight, aviation maintenance, or aviation electronics that is truly cutting-edge, feel free to contact us today.