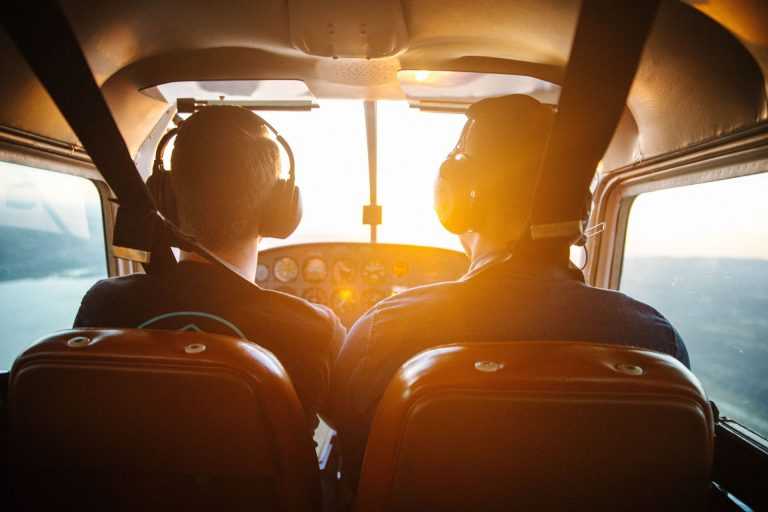 September 10, 2020
10 Random Aviation Facts You Probably Have Never Heard Of

When boarding a plane, do a bunch of random questions ever pop into your head about aircraft in general? Since the in-flight magazine probably doesn’t contain random and interesting information (although it is important), we’ve researched some fun, random aviation facts to satisfy your curiosity.

US Air Force World War II veteran Chuck Yeager broke records in 1947, flying faster than the speed of sound, zipping across the sky at an impressive 662 miles per hour aboard an X-1 rocket jet.

2. Boeing 747 Engines are Bigger Than One Would Think

A Boeing 747’s engines are among the heaviest of the aircraft’s six million parts, weighing about 9,500 pounds! The engine comes with a hefty price tag too — about $8 million.

3. Most People Have Never Flown

While air travel is common in the US, only about 5% of the world’s population has partaken in this experience. Flying is out of reach for people in much of the developing world.

When it comes to black boxes, orange is the new black. These boxes — also called Flight Data Recorders — are neon orange. The bright, heat-resistant paint makes the boxes easier to spot after a crash or other catastrophe.

5. Flying Doesn’t Bring You Closer to the Moon

While commercial aircraft reach average altitudes of about 30,000 feet, they only cover about 7% of the distance between Earth and space.

6. The Safest Seats on a Plane are Where?

Most of the time when people are booking flights, the last place they want to sit is the back of the plane. Not only is it closer to the bathroom, but it also takes longer to board and de-plane than other areas of the aircraft. Surprisingly, the back of the aircraft is the safest place to sit. When booking your next flight, remember this fun fact.

7. Take-off and Landing are More Dangerous Than Actual Flying

According to Boeing, 13% of fatal accidents happen during take-off, while an alarming 48% occur during descent and landing.

Another of our random aviation facts: a plane’s interior pressure ranges from 4-14 PSI, so opening its door mid-flight is nearly impossible, not to mention illegal. Opposite of what the movies would have you believe.

9. Aiming Laser Pointers at Planes is a Crime.

Aiming a laser pointer at a plane or its path can result in a 5-year prison sentence. This can cause eye damage to pilots, which is not safe, especially when landing.