Currently, serving in the Oklahoma Army National Guard, Jesse decided that he wanted a change in his life. After a friend mentioned Spartan College, Jesse became interested in the Nondestructive Testing Technology program. Jesse interviewed with Shawcor right before he graduated and was hired on the spot.

Jesse recommends Spartan to anyone that likes to learn and work with their hands. He states it’s paid off in leaps and bounds. 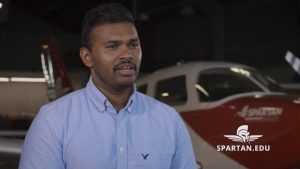 https://youtu.be/se3uHUr5niY Spartan College of Aeronautics & Technology Graduate and Airline Pilot, Pierre DeBond, talks about his experiences and why Spartan is a good option when 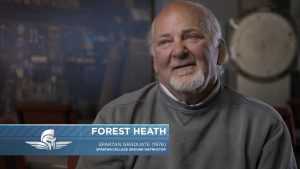 https://youtu.be/S7atNGP4DUA Certified Flight Instructor Forest Heath describes his journey with Spartan College of Aeronautics and Technology since 1975! His professional career consists of flying for

In the Marine Corps, Robert spent four years in the infantry later moving over to combat life-saving before becoming a civilian EMS. Robert then moved