Supersonic Speeds and How Planes Achieve It 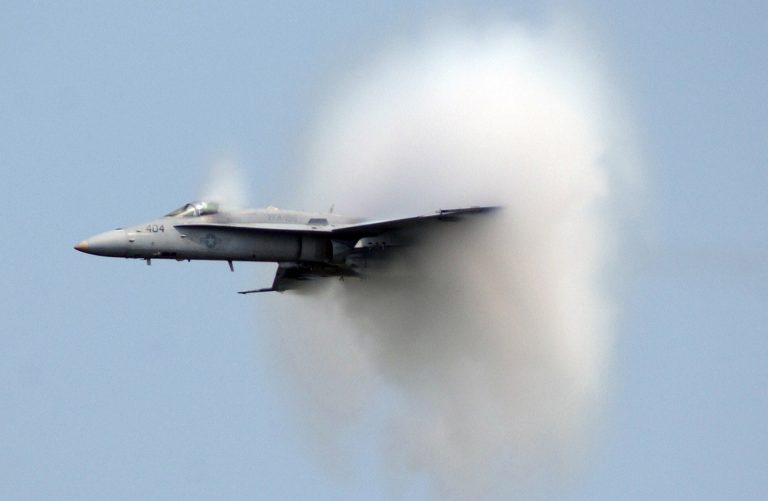 July 18, 2022
Supersonic Speeds and How Planes Achieve It
Spartan College of Aeronautics and Technology is a prominent voice in the aviation space. These blogs are for informational purposes only and are meant to spark discussions within the aviation industry on a variety of topics.
Until recently, only a few planes in the world could fly at supersonic speeds. Now, they are becoming more common. Supersonic jets may soon be able to cross the Atlantic in a matter of minutes. Destinations around the world will be reached more easily than ever.
Thanks to the amazing speeds, only experienced and tenured pilots tend to be entrusted with these jets. But if you start by understanding the principles of supersonic speed, you could gain a better understanding of piloting skills as a whole.
Let’s take a closer look at supersonic speeds, what they are, and how they work.

What is Supersonic Speed? 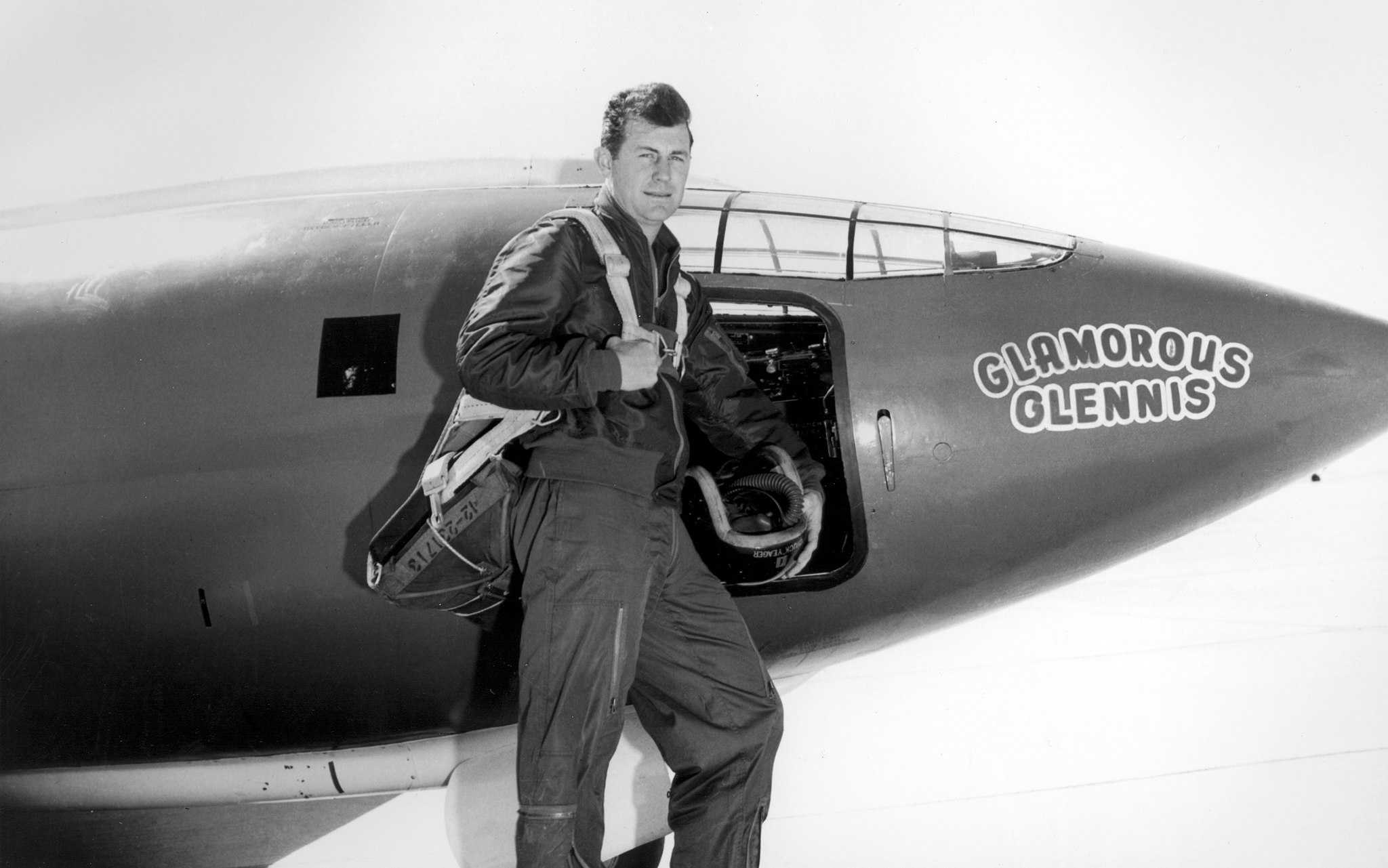 The first successful supersonic flight took place on October 14, 1947. U.S. Air Force Captain Charles E. (Chuck) Yeager not only exceeded the speed of sound, but was the first pilot to do so and then come in for a safe landing. This flight cemented Yeager’s name in the record of aviation history.
Prior to Yeager’s flight, experimental military planes used rocket power to try to achieve Mach 1. The process was extremely dangerous, and – of course – no one had ever developed the skills needed to handle such an aircraft. But Yeager’s flight proved that it could be done.
At the time, interest in supersonic jets was strictly military. New aerial capabilities were necessary to protect the fragile peace following World War II. The first commercial supersonic jet took quite a bit longer, because of the much larger size of a commercial aircraft compared to a fighter jet.

It finally happened in September of 1973, when the Concorde made its first Transatlantic crossing. In January of 1976, British Airways and Air France inaugurated the craft for regular use. It was a joint venture between governments and businesses in Great Britain and France.
During its service life, the Concorde reached a maximum speed of 1,354 miles per hour. Today, there are few aircraft expected to exceed this speed. That said, new developments mean that there will be even more supersonic jets than ever before, and they will be both safer and easier to operate.
In the near future, supersonic technology could be combined with developments in space flight to create aircraft that enter a higher state of orbit and traverse global distances in a matter of seconds. 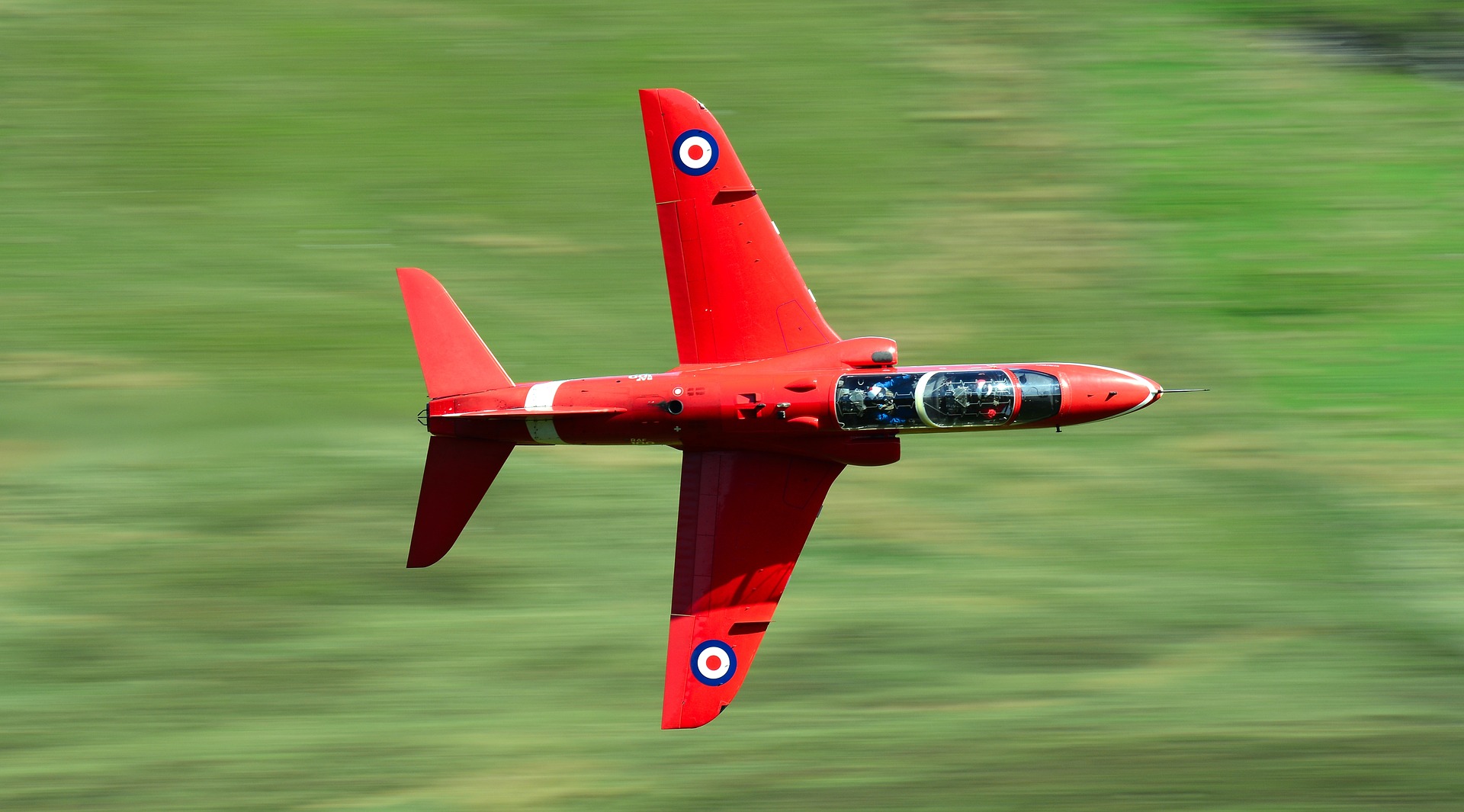 How Fast Is Supersonic Speed?

The exact definition of supersonic speed changes based on altitude, temperature, and atmospheric conditions. A measure of 768 miles per hour is given as a “standard” supersonic speed when traveling in dry air at sea level at 68°F.

Traveling consistently at a supersonic speed, it is theoretically possible to cross the distance between London and New York in minutes. In practice, actual transit times aren’t quite this brief. A new generation of supersonic planes used by United Airlines will make the trip in about 90 minutes.
Those planes, in turn, will reach a cruising velocity of up to 1,500 miles per hour.

Another way of expressing supersonic speed is by Mach number. Mach speed is named after Ernst Mach, an Austrian scientist who pioneered research in speed of sound. Mach 1 is when the aircraft first exceeds the speed of sound, but Mach 2 and Mach 3 speeds are also possible.
At Mach 2, a craft travels twice the speed of sound. At Mach 3, it travels three times the speed of sound.
Aircraft that travel at “about” Mach 1 on average are properly referred to as transonic craft. This is because they are usually sliding between Mach 1.3 and Mach .8 in any given journey. On the other hand, supersonic aircraft consistently maintain a speed above Mach 1.3, usually up to Mach 5.
Air behaves very differently above Mach 1 speeds. Any supersonic jet needs to be extraordinarily aerodynamic. It requires sharp edges and moveable canards, the stabilizers located in front of the main wing. Likewise, the pilots must be extremely skilled and aware of the flight controls at all times.
It’s effectively impossible to travel at supersonic speeds for very long. And as the aircraft accelerates, it becomes subject to one of the most iconic of aerial phenomenon: The sonic boom.

Sonic Booms and How Supersonic Speeds Cause Them

The concept of the sonic boom goes back to our friend Ernst Mach. He was the first person to describe what happens when objects accelerate beyond the speed of sound. In nature, this is virtually unknown with the exception of a manmade bullwhip that when properly wielded creates a small sonic boom.
As the airplane approaches the speed of sound, sound waves emitted by the plane can’t get ahead of it as it moves. Instead, these waves “pile up” and accumulate. The pile takes a predictable form: A cone that is situated directly behind the aircraft.
As the aircraft passes, the cone expands rapidly and is eventually released in a sonic boom. The boom can be heard by anyone on the ground as the aircraft’s speed passes a critical point. These booms can release a tremendous amount of force across a relatively narrow area.
According to the United States Air Force, the greatest sonic boom ever recorded was equal to some 144 pounds of pressure per square foot. It was produced by an F-4 flying just past Mach 1 at an altitude of 100 feet. Luckily, the researchers exposed to this blast were unharmed.
In fact, the biggest threat to humans from sonic booms is in potential hearing damage. Buildings, too, are almost always safe from the pressures caused by sonic booms: Booms have only been shown to cause damage at points that were already structurally weak from stress.
Spartan College offers programs geared toward career-oriented training in the aviation industry. Click here to learn more about our programs.

Supersonic Speeds and How Planes Achieve It
What are the Fundamentals of Flight?
What is Turbulence?
View More News