So, We Know About Art Restoration, But Who Does Antique Aircraft Repair for Museums? 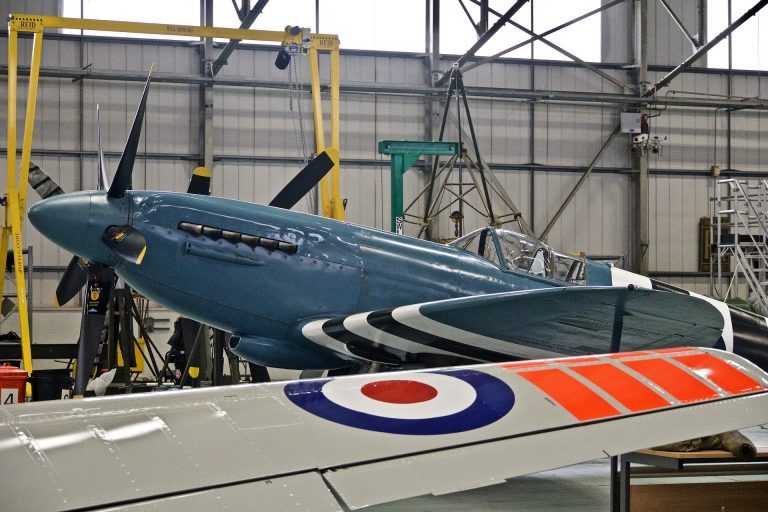 August 16, 2021
So, We Know About Art Restoration, But Who Does Antique Aircraft Repair for Museums?

Aircraft restoration for museums is a great way to keep aviation history alive and to help younger generations appreciate how far the industry has come. So, who does the great work of restoring old aircraft? Anyone with the right training, of course!

Spartan College of Aeronautics and Technology offers diplomas and degrees that provide the foundational knowledge that someone would need to work on restoring "works of art" from aviation history. Plane restoration is more of a project-based type of work that might be of interest to someone who wants to work on aircraft outside the mainstream aviation industry. Antique aircraft repair is also just good old-fashioned fun!

What is Antique Aircraft Restoration?

Antique aircraft restoration involves working on the entire plane until it looks like it just rolled off the assembly line — shiny and new. The amount of restoration that a plane goes through can depend on whether it will simply be a museum showpiece for people to admire or whether it is being made airworthy again, for use in air shows and demonstrations.

If you want to work on aircraft restoration for a museum, you will need the foundational skills that can be obtained by completing an Aviation Maintenance Technology program.

Restoring an antique aircraft is usually a team effort, because every part of the plane is often disassembled and later reassembled. (You won't be taking the wings off a plane by yourself. You'll need help!) Many museums offer summer internships or camps for groups of teens to assist with the process. Spartan College of Aeronautics and Technology have been known to offer opportunities to students when the chance arises. The Spirit of Flight Museum is working with Spartan College students and faculty to rebuild a Pitts Special into a replica of Betty Skelton’s Lil Stinker. This helps to speed up the process and also hopefully sparks interest in younger people who might be interested in attending an aviation trade school. The FAA allows members of the public or laymen to work on aircraft restoration projects in this way, so long as they are under the supervision of a certified/licensed mechanic.

The restoration doesn't just involve the exterior of the plane (fuselage, tail, and wings), but also all the interior components such as the engine, instrumentation, flight controls and other interior systems. Every part of the plane will go through a similar process:

Depending on the age of the plane, a mechanic could even be working with cloth or fabric on the fuselage and wings. You might think that it would be difficult to find parts, components, or fabric for restoring an older plane, but that's simply not the case. Antique aircraft restoration is just one of the many options in the aviation industry in the US, and there are numerous companies that supply almost anything a mechanic could need for one of these projects.

The amount of continued maintenance that a restored aircraft requires depends on several factors. Is the plane simply a showpiece, or will it be used in airshows or demonstrations? Annual safety and maintenance checks are required for planes that are going to be used. Also, is the plane being displayed indoors or outdoors? Outdoor planes require extra attention due to being exposed to the elements, in order to prevent rust, animal, or insect infestation — and other potential problems.

If you want to check out some beautiful, restored aircraft in Oklahoma, there is no shortage of museums and other venues to view them. Here are a few of the top locations where you see the vintage aircraft and appreciate the restoration work that goes into preserving them. 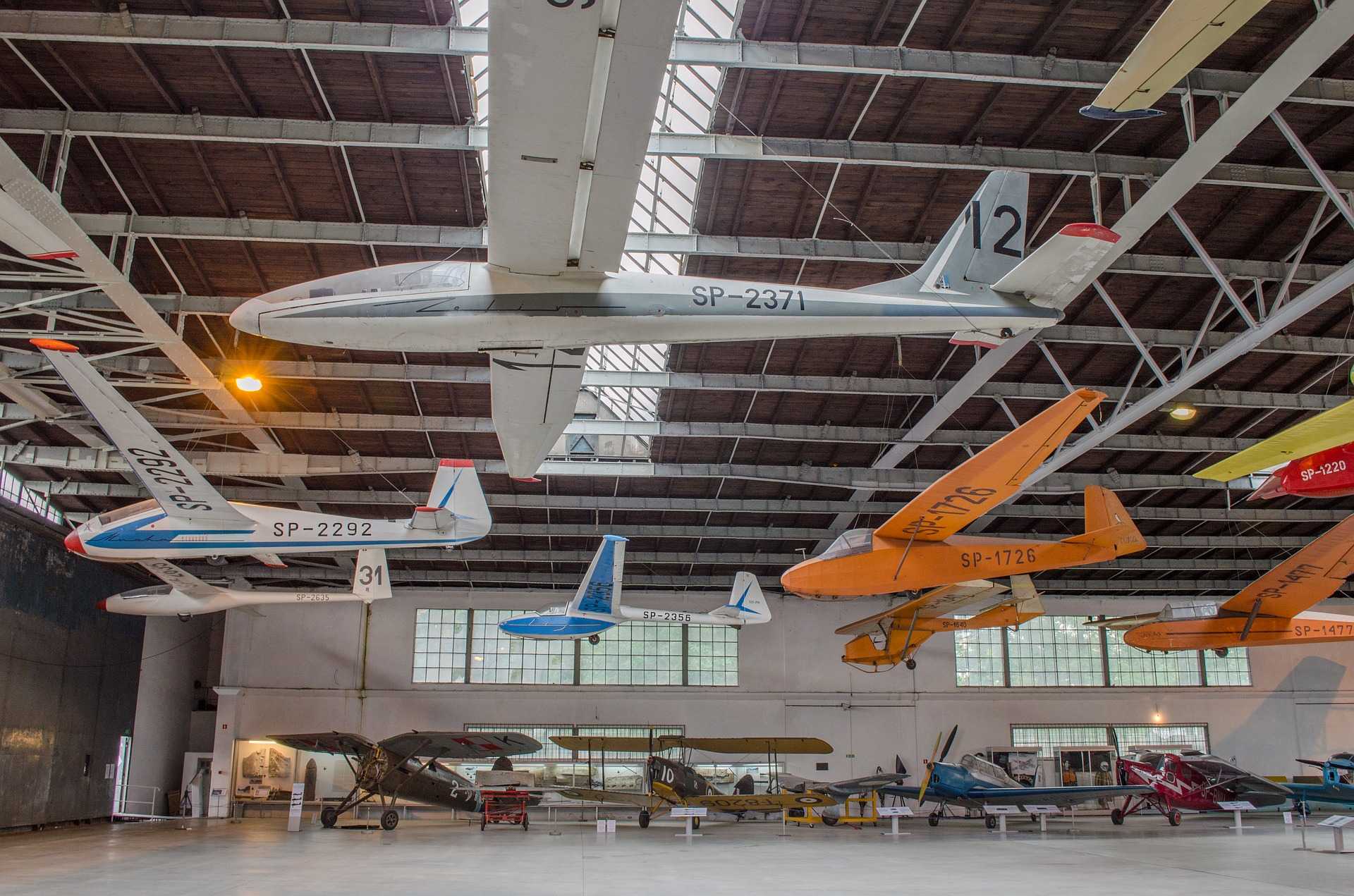 This is one of the largest air and space museums in Oklahoma, and it is well worth a visit. Oklahoma, and the Tulsa area in particular, have a tremendous aerospace heritage and much of it is on display at this museum.

The family-friendly exhibits include everything from the one-of-a-kind Spartan Executive Model 12 to a Grumman F-14 Tomcat. You can also take a look at one of the first unmanned aerial vehicles (UAVs) ever built for the military, the Aeromet AURA which was built in the 1980s. (What, you thought drones were newer than that?) You would need training in Aviation Electronics Technology to be able to work on an aircraft like the AURA or its newer counterparts.

Phillips Petroleum actually started making aircraft fuel before they got into the automotive industry. Some of the company's vintage planes from the 1920s are on display at this museum in Bartlesville.

The Woolaroc Museum in Bartlesville has an important historic plane on display: A Travel Air 5000 monoplane known as the "Woolaroc." Five planes set out in an air race from Oakland, California to Honolulu, Hawaii in 1927, vying for a $25,000 prize. The Woolaroc won the race and the prize. Three of the other five planes and their pilots were never seen again.

An airplane landed in Stillwater for the very first-time way back in 1918, and you will find a lot of Oklahoma's aviation history on display at the airport's museum. It has exhibits related to the OSU Flying Aggies, the Stillwater Air Force, the International Flying Farmers, and much more, including some beautiful, restored vintage aircraft.

It's worth the drive down to Oklahoma City to check out the Science Museum Oklahoma for its restored aircraft exhibit. This is considered one of the best displays in the world for getting a close look at vintage aircraft. You can view a 1946 Stinson Voyager, a Mong Sport, and numerous artifacts related to Wiley Post — one of the most famous aviators in Oklahoma history.

You might think that an infantry museum would be dedicated to land-based vehicles, but the famed Thunderbirds had some great fighter planes that they used as well. If you want to check out some vintage restored World War II fighter planes, this 15-acre park in Oklahoma City is a beautiful place to do so.

Located at Tinker Air Force Base outside Oklahoma City, this air museum features some BIG historic aircraft on display. Some highlights include a Boeing B-29A Superfortress and a B-52D Stratofortress. It also has noteworthy planes from Lockheed, Northrop Grumman, Douglas and Rockwell. 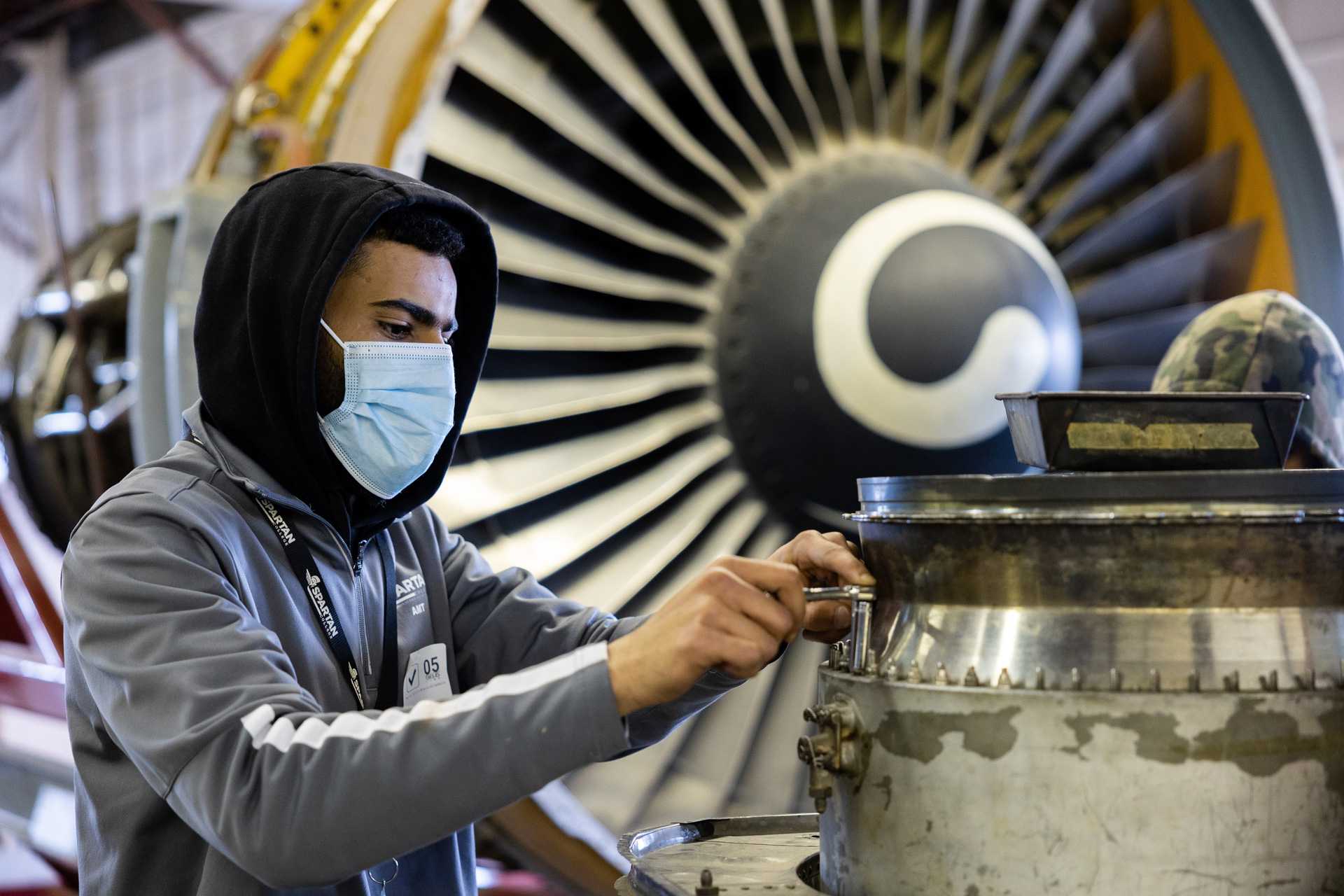 Spartan College of Aeronautics and Technology is proud to be a part of Oklahoma's rich aviation heritage. If aircraft restoration sparks your interest, you'll be happy to know that we offer several programs that can provide you with the knowledge and skills necessary for it.

Aircraft restoration is primarily performed by someone who is trained as an Aviation Maintenance Technician (AMT), otherwise known as an aircraft mechanic. Our AMT program teaches students how to repair, inspect, modify, or completely overhaul an airplane and its many parts. In other words — exactly the same things you would be doing when restoring a vintage aircraft.

We've been training AMTs at Spartan College for nearly a hundred years now. Our program is approved by the Federal Aviation Administration (FAA) and once your AMT courses are completed, you will be ready to take the FAA's tests to earn your Mechanic's Certificate.

If a vintage restored aircraft is going to be flown for demonstrations, it's going to need to go through some nondestructive testing and quality control. Nondestructive tests help to determine whether the components of an aircraft are still structurally sound, or if they have imperfections that could prove to be catastrophic during flight. This field is one of the most important "unsung heroes" of keeping planes safe and flight worthy.

Our initial Nondestructive Testing Technology program takes just 10 months to complete at Spartan College. Students learn to test for and locate potential problems with welds, products, parts, and other aircraft components. This is done through a variety of nondestructive applications, such as X-ray and ultrasonic inspection. Students will also learn metallurgy, magnetic particle inspection, and many additional sophisticated methods of locating hazards or flaws in aircraft components.

After students complete our Nondestructive Testing Technology program, they can apply for our Quality Control Management program which requires an additional five months. This level of training prepares students for work in the aviation industry (including aircraft restoration), as well as construction, manufacturing, railroads, and other fields.

The military's Aeromet AURA is a bit rudimentary compared to the UAVs being built today, but that's not a problem for graduates of our Aviation Electronics Technology program. An AET (or avionics) degree trains a student to work on all the electronics in a modern aircraft or drone. This includes gyroscopes, autopilot systems, cockpit instrumentation and controls, radios, and more.

Whether you are interested in vintage aircraft restoration or another field in the aviation industry, Spartan College has the programs and training needed for you to prepare for this dream! You can contact our Tulsa admissions office for more information about prerequisites or financial aid, or to schedule a tour of the campus.