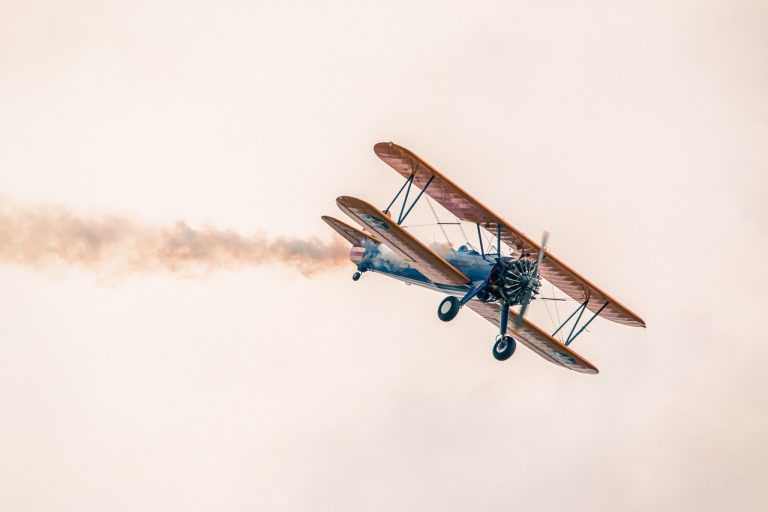 November is a special month for us at Spartan College. It is Aviation History Month! With our rich history that spans over 90 years, we take tremendous pride in playing a part in the evolution of the aviation industry. Thanks to our founder W.G. Skelly and his vision of the future back in 1928, Spartan has built airplanes, trained pilots and plane mechanics in WWII and the Korean wars, technicians for the coast guard, and pilots for the Iraqi Airforce. Spartan College has trained over 100,000 Pilots and Technicians in our 93-year history and this month celebrates all the people and innovations that have brought the industry to where it is today. Check back all month for more pieces on the history of aviation during Aviation History Month.

In honor of this celebration, let us look back on the history of aviation, the Wright brothers, and how it evolved from military applications ('20s-'40s) to mostly civilians through today.

How Aviation Got Started

The history of aviation dates to the 5th century with the invention of kites in China. The famous artist Leonardo da Vinci created the first drafts for a rational aircraft in his paintings in the 15th century. In 1647, Tito Livio Burattini developed a model aircraft featuring four pairs of glider wings. But it never supported the weight of a person. Later, in 1970, Francesco Terzi, the Father of Aeronautics, published a theory that showed the possibility of lighter-than-air aircraft made of copper foil cylinders.

The invention of airships came to solve the issue with hot air balloons. Unlike hot air balloons, airships used hydrogen or helium gas to lift and were the first ones to carry passengers over long distances. Alberto Santos-Dumont was the first person to fly an untethered airship designed with an internal combustion engine. In 1901, Santos-Dumont launched his airship known as “Number 6” over Paris in less than thirty minutes. In 1899, Ferdinand von Zeppelin started building the first Zeppelin airship, which featured two Daimler engines. In 1902, Leonardo Torres Quevedo launched his version of The Zeppelin, which dealt with the balancing problems of the first Zeppelin. However, the fatal crash at Lakehurst, New Jersey, in 1937 marked the end of the airship era. 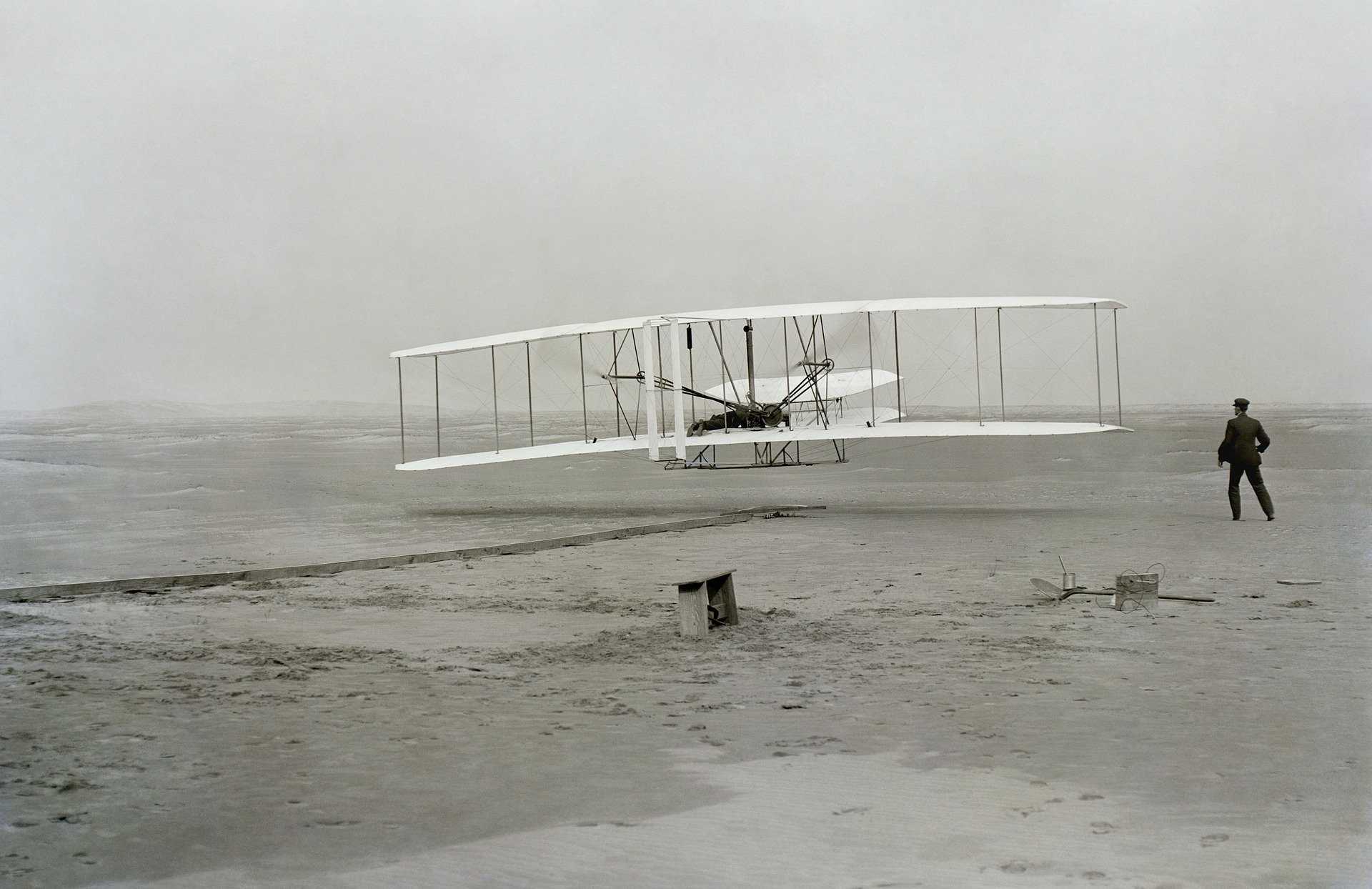 The Wright Brothers in the History of Aviation

Between 1900 and 1902, the Wright Brothers, Wilbur and Orville Wright from Dayton, Ohio, designed and tested numerous glider and kite models. They built a wind tunnel and then created various devices to measure the drag and lift on more than two hundred wing designs. Finally, their third glider was a success as it outdid its predecessors, which heavily contributed to the aeronautical engineering field.

The Wright brothers also worked together to solve the current issue of controlled, powered flight. They solved the control problem by creating wing warping for yaw control, roll control, and a steerable rudder. On December 17th, 1903, the two brothers successfully built and launched the first crewed heavier-than-air flight. This is also the universally recognized date that launched modern aviation. On that day, they made a total of four flights in their simple aircraft, with the longest one piloted by Wilbur, covering 852 feet in 49 seconds.

In 1906, Alberto Santos-Dumont set the world record by flying his aircraft, “14-bis,” 220 meters (about twice the length of a football field) in 21.5 seconds over Paris. He also advanced the design by incorporating moveable parts to the wings to gain lateral stability. Later, in 1908, he started working with Clement-Bayard company to build the first mass-produced aircraft, the Demoiselle No. 19.

How Aviation Evolved from Military Applications to Civilian

Aircraft became militarized as soon as it was invented. Italy was the first country to employ aircraft for military operations. They used airships and monoplanes to bomb, shell, and transportation during the Turkish-Italian War in Libya.

In 1914, Roland Garros attached a machine gun to his aircraft, making him the first “ace.” And the following year, Kurt Wintgens secured his first aerial victory using a fighter plane designed with a machine gun.

Aircraft were first used in active combat on a large scale in World War I. This played a decisive role in the First World War. France became the leading aircraft manufacturer during the war, producing over 68,000 airplanes between 1914 and 1918. During World War II, nearly all nations increased their production and development of aircraft and flight-based systems. The military used fighter bombers, strategic bombers, dive bombers, and ground-attack aircraft.

The invention of radar technology led to more precise, coordinated, and controlled deployment. In 1942, Arado Ar 234, the first jet-powered bomber, was launched. The Second World War also led to the rapid development of helicopters. By the end of the Second World War, there were airports or landing strips in many cities and towns. During this period, civil aviation experienced tremendous growth because military aircraft were repurposed as personal or airliner planes.

Digital adoption and technology techniques in the modern era have seen a massive advancement in the aviation industry. The release of computer-aided design and computer-aided manufacturing software in the 1970s facilitated the development of enhanced aircraft designs. Newer technologies like computer simulations have aided in producing lighter yet more robust materials for building airplanes. 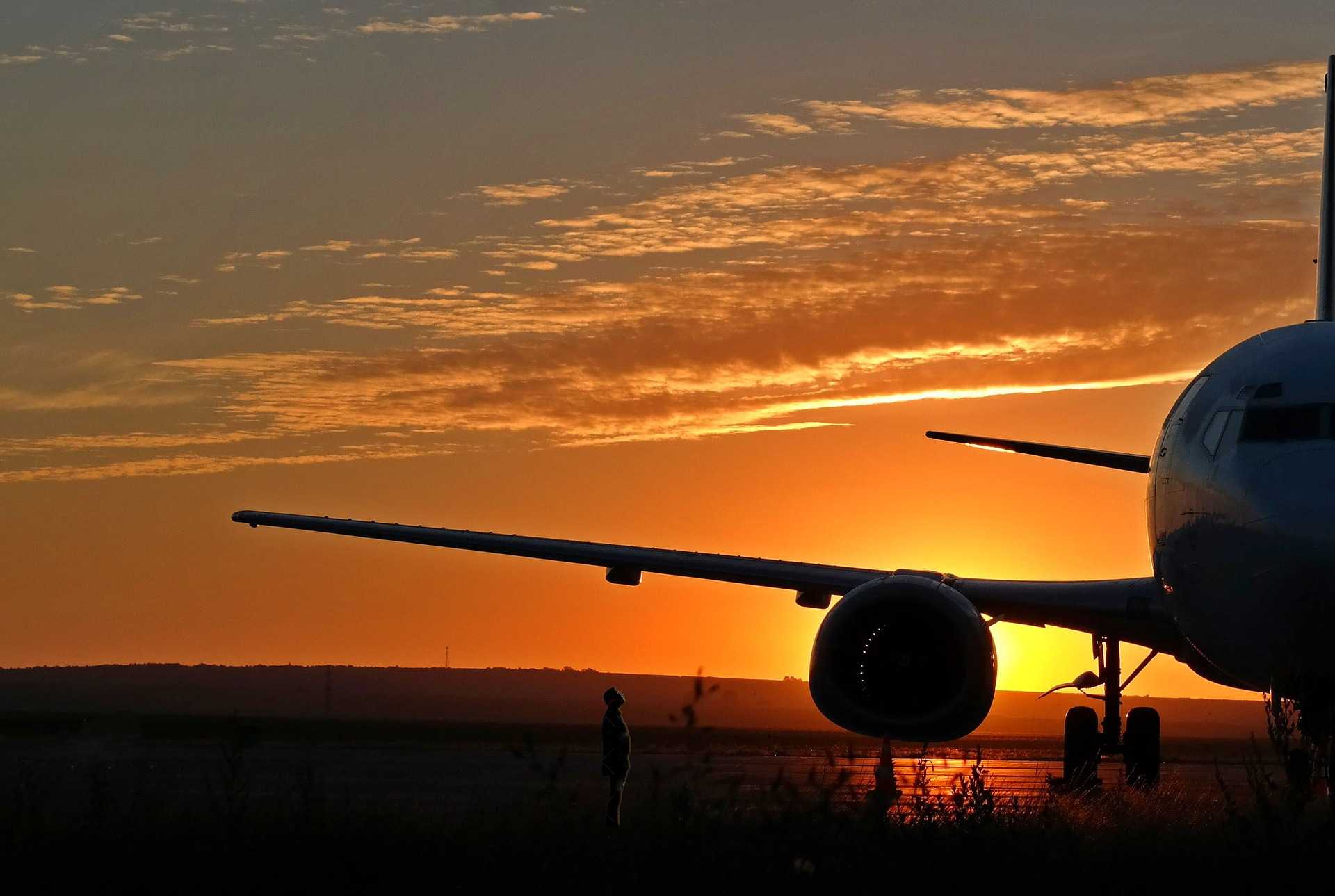 Also, the introduction of composite materials like the one used for building Boeing 787 Dreamliner has significantly cut down the weight of aircraft, leading to improved fuel efficiency. Advanced composite has also led to the development sweeping wing tips that reduce component weight and improves aerodynamics of an aircraft.

The history of aviation is a story filled with the success, failure, and perseverance of many men and women. Aviation history month of November is a wonderful time to celebrate the people behind modern-day aviation that powers a global economy and inspires many people to become aviators.

Since 1928, Spartan College has been training aviation professionals and pioneers; we are an aviation college that has a long history of flying high and standing tall. Spartan has trained over 100,000+ aviation innovators from all 50 United States and over 40 countries. Through our innovative graduates, Spartan has impacted generations for 93 years, establishing itself as an industry-leader in aviation and technology-related arenas. It is time your life reflected your daydreams. Whether you are just starting – or starting over – Spartan programs inspire you to dream big and work hard to achieve your goals in aviation.