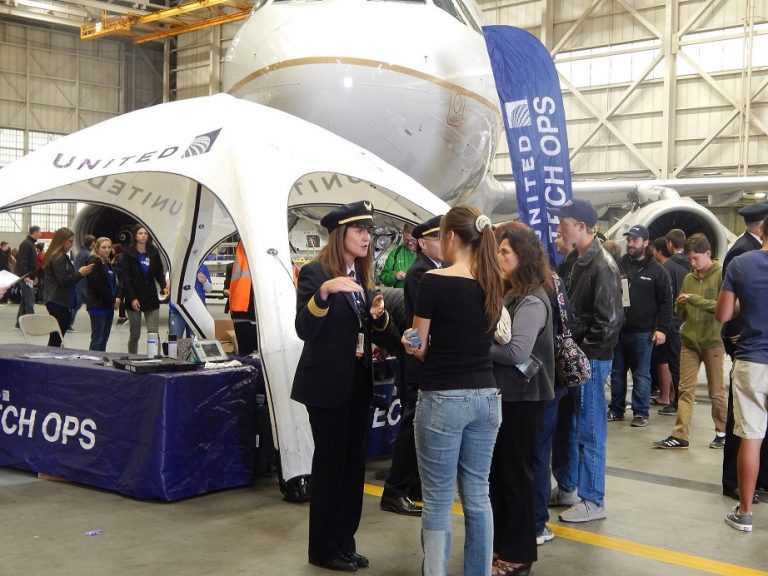 Young people with airline career aspirations got an insider’s look at what makes the profession so special on Friday at Denver’s Aviation Day 2018. With exhibits focused on aircraft maintenance, operations, Inflight Services and Flight Operations, among other work groups, the day offered a buffet of fascinating potential areas of study for the eager students. Throughout the event, over 1,3000 local high school students attended and interacted with different companies and officials.

The long-term prospects for careers in aviation appear to be better than ever, with an estimated need for more than half a million commercial airline pilots, technicians and cabin crew members in North America alone over the next 20 years. Ensuring we have enough men and women to fill those roles is part of building a stable foundation on which companies can grow, making industry-wide recruitment efforts like these vitally important.

“We were proud to be able to host this event at our hangar and promote the many exciting careers that are available in aviation,” said United Aircraft Maintenance Senior Manager Nick Accardi, who helped spearhead our involvement. “It provided an excellent opportunity for us to reach out to the next generation of aviation professionals and have fun doing it.”