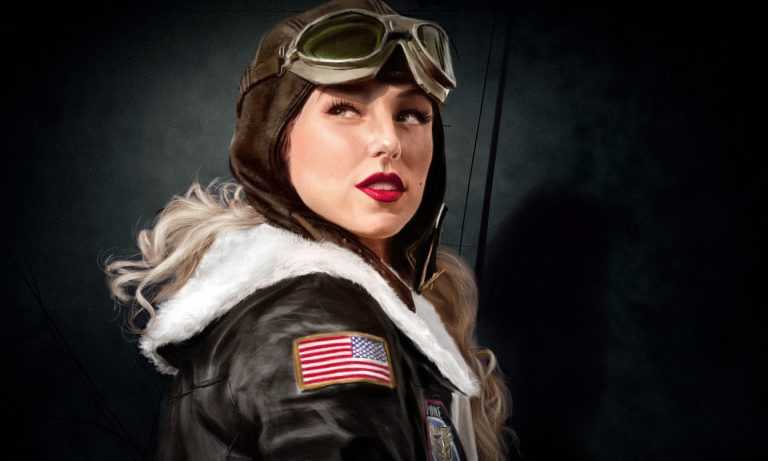 We continue our Aviation History Month series looking at 10 famous pilots, both past and present.

Humans have always dreamed of taking to the skies. Few figures in history had more detailed ideas and theories on aviation than Leonardo Da Vinci, who produced thousands of notes on the flight of birds and the science of aerodynamics.

While he was most famous for the Mona Lisa and other works of art, his drawings included plans for several flying machines, including a helicopter-like machine, 450 years before the world's first practical helicopter took flight in 1939.

As we look over the history of aviation, the aviation industry has produced some of the most remarkable individuals who have ever lived. Let’s look at 10 famous pilots and celebrity pilots, some who courageously pushed the bounds of flight to unimaginable heights.

Fasten your seatbelt and prepare for liftoff as we celebrate some of the famous pilots of aviation.

Wilbur and Orville Wright are arguably the most famous pilots in the history of flight. They ushered into the age of aviation on December 17, 1903, when they flew the world's first successful motorized aircraft. The Wright Flyer lasted all of 12 seconds in the air, making history as the first heavier-than-air machine to achieve flight.

For the rest of their lives, the Wright brothers devoted themselves to the study of human-powered flight, meticulously documenting their designs and findings. Truly, they gave the aviation industry its wings.

Charles Lindbergh was an American aviator famous for making the first solo transatlantic airplane flight. The flight from New York to Paris in May 1927 took over 33 hours to cover and was longer than any other flight attempted.

Following this groundbreaking flight, Lindbergh and his wife Anne would go on to complete several survey flights to determine the shortest air routes to various destinations.

No list of famous pilots would be complete without Amelia Earhart. Earhart took her first airplane ride in December of 1920 alongside World War I pilot Frank Hawks and was instantly hooked.

Following in Lindbergh’s footsteps, Earhart became the first woman to fly solo across the Atlantic in 1928. She also holds the record for being the first person to fly over both the Atlantic and Pacific. She earned several records throughout her short career before disappearing somewhere over the Pacific in July 1937 during a flight to circumnavigate the globe.

In the wee hours of August 6, 1945, Brigadier General Paul Tibbets climbed aboard the Enola Gay – a -29 Superfortress bomber named after his mother – en route to Hiroshima. At exactly 8:15 plus 15 seconds, a 10,000-pound atomic bomb, nicknamed 'Little Boy' exploded 2,000 feet (about twice the height of the Empire State Building) above the city of Hiroshima, heralding in a new and devastating era in warfare.

For his service, Tibbets was decorated with the Distinguished Service Cross and would serve in the U.S. Air Force until 1966.

Now, here is a pilot unlike any other on this list. Aged 15, Doolittle built a wood-and-fabric glider, jumped off a cliff, and crashed. This would be the first of at least half a dozen crashes he would sustain over the years. With such a spirit, of course, he would go on to join the U.S. Air Force, where his service would intersect with some of the most iconic moments in the history of aviation.

Doolittle is most famous for proving that pilots could fly at night and in harsh weather. The daredevil took up air racing and was one of the first pilots to fly from takeoff to landing while only referring to instruments and in 1932 set the world’s landplane speed record.

Did you know Alaska boasts of more airplanes per resident compared to any other state? This is all thanks to Noel Wien, who introduced the Airplane to Alaska by founding the first airline in the state. The geography, sheer size, and rigid climate of the state limits transportation. As a result, Wiens flew everything and everybody anywhere, including tourists, sick people, hunters and their dogs, and bodies to burial sites.

By the time he stopped flying commercially in 1955, Wiens had logged 11,600 flight hours.

In 1947, Charles Yeager became the first person in history to break the sound barrier, travelling at 662 miles per hour, and live to tell the tale. Later in 1953, he established a world speed record of 1,650 miles (about twice the distance from Florida to New York City) per hour aboard an X-1A rocket plane.

Bleriot was an aviation pioneer in France who used his modest fortunes, amassed from the manufacture of automobile accessories, to fund his work in aviation. He built and tested several aircraft, including box-kite biplanes and monoplanes. He went on to become the first person to fly across the English Channel with his own monoplane.

In 1986, Tom Cruise landed the role of Maverick, a daredevil Navy pilot in the acclaimed movie Top Gun. While filming, Cruise fell in love with aviation and would later earn his pilot license in 1994. He can fly both commercial airplanes and helicopters and owns a few luxury aircraft. Tom is one of many active celebrity pilots.

Let us conclude the list with another celebrity pilot. Harrison Ford has a flying history nearly as long as his acting career. He is a collector of vintage aircraft and has held a private pilot license for over 40 years.

Aviation history month is a wonderful time to reflect on how far we have come with innovations, technology, safety, and practical travel in aeronautics, but learning about the people in aviation inspires many to continue reaching for new heights.