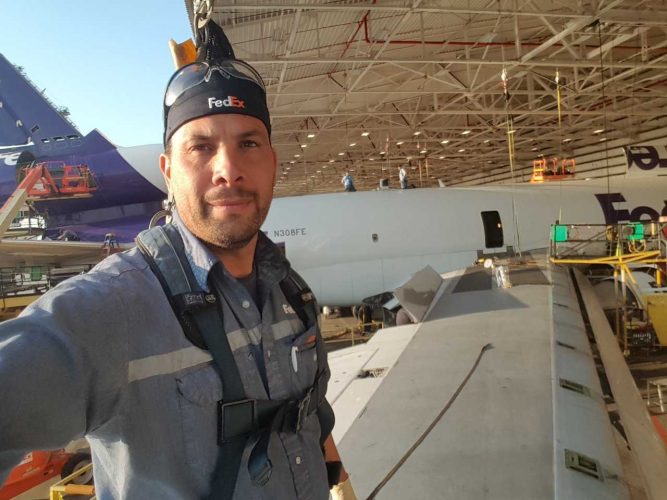 “I have been in the industry since 1991, started my career with Continental Airlines as a structural mechanic and aircraft planner laid off in 1995. Worked for International Aviation Fuel Tank services fuel tank diving in 1995.

Got on with TWA as a aircraft maintenance supervisor in 1999-2001 an was laid off after bankruptcy.

In 2002 worked for ATA as a station supervisor in charge of aircraft maintenance and left in 2004 prior to the bankruptcy.

Got on with FedEx in 2004 as a Sr. Aviation Technician working in the composite shop and obtained my LEAN green belt while streaming linings the heavy check maintenance. It had been a rollercoaster ride up until I started in the cargo side of the business, but otherwise having chosen a career in Aviation has been the best decision of my life. Spartan school of Aeronautics was and will always be that light beacon.” 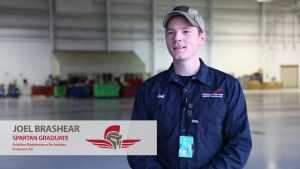 https://youtu.be/GUTutaBP3UY After high school, Joel Brashear joined the US Air Force following in his grandfather’s footsteps. He later transitioned from active duty to school life 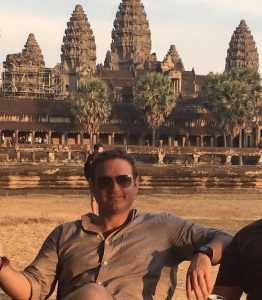 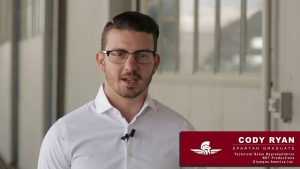