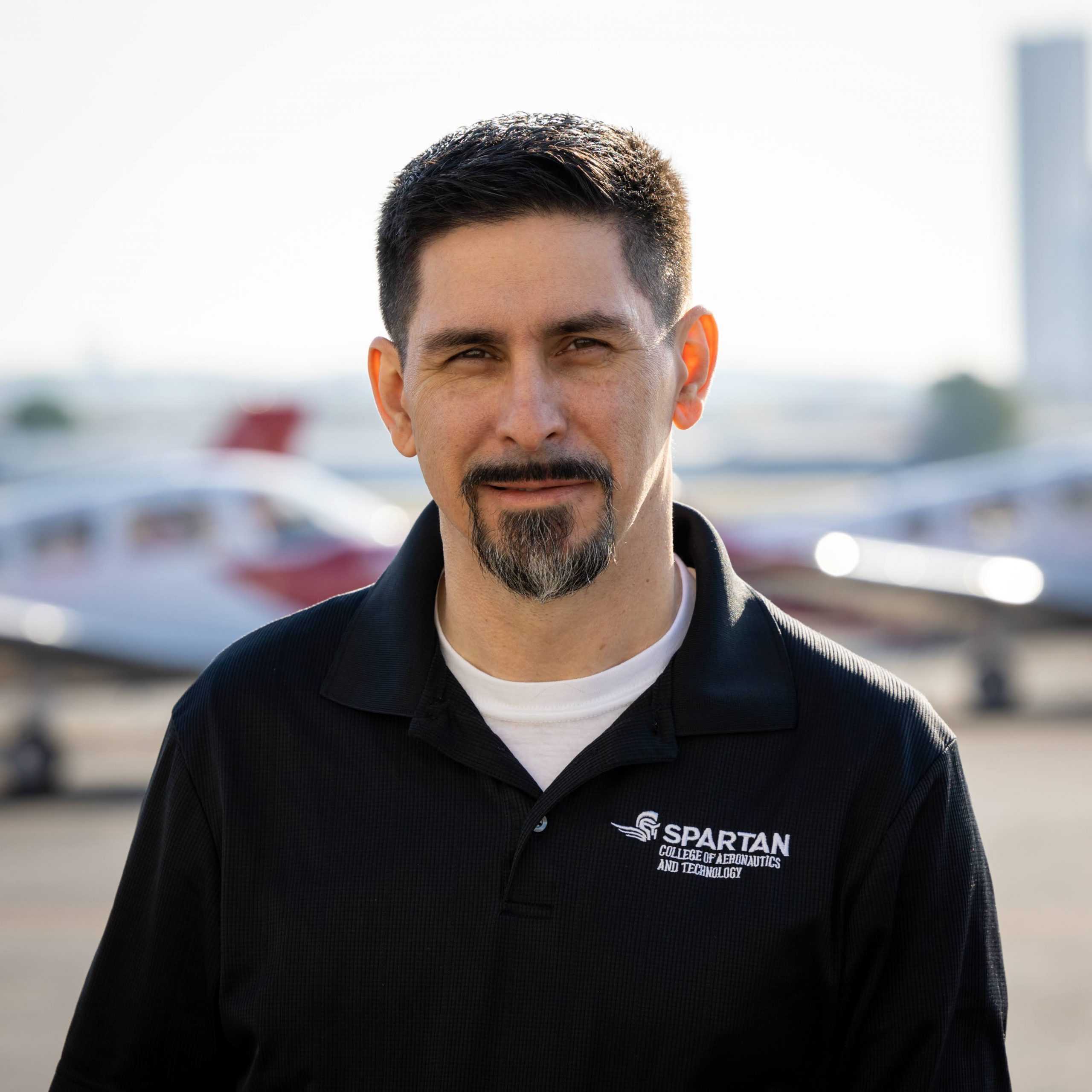 Cecil Cummings was in the Navy for 20 years and held various positions, including Ocean Systems Technician Analyst. After retiring from the Navy, he became an instructor at Spartan College of Aeronautics and Technology. Today, he is the Director of Education and the Nondestructive Testing Technology Program Chair at Spartan’s Tulsa campus.

I was born in Oklahoma and spent my childhood moving around the Tulsa area. I went to three high schools in four years and following graduation I decided to join the United States Navy. During my time as a sailor, I did a variety of jobs including Hull Technician and Ocean Systems Technician Analyst dealing with sonar and non-destructive testing.

The Navy gave me a chance to see the world. I was stationed in England, Japan, Washington state, San Diego, CA and finished my career in Hawaii. After 20 years and as an E-6 Petty Officer First Class I retired from the Navy.

Separating from the military and seeking new employment was frightening — especially after 20 years. The civilian world is vastly different from military life, but thankfully, the military did an excellent job preparing me for the transition, offering educational opportunities and helping with my job search.

Six months before I retired, I began applying for jobs and accepted a position as an instructor at Spartan College of Aeronautics and Technology. I had always enjoyed teaching others but never knew how much until it became my full-time job.

After working as an instructor, I was promoted to Program Chair for Nondestructive Testing Technology and shortly thereafter, the Director of Education at Spartan where, in my eyes, I work for the instructors and students. Every day, I have the opportunity to help others. Whether I’m helping a student better understand a topic, or helping an instructor improve their lessons, every day is incredibly gratifying for me.

In addition to my current role as Director of Education and the Nondestructive Testing Technology Program Chair, I am currently working toward a bachelor’s degree in Technology Management here at Spartan College. I am excited about the opportunity to expand my education and use that knowledge to help more students and instructors. I genuinely believe in the work we are doing at Spartan College and have seen students grow and develop as they progress through their programs.

Reflecting on my career in the Navy and my transition from military to civilian life, the advice I’d give to those in a similar situation is to lean into the training you gained during your time in the military, take advantage of any educational benefits you can, and have fun finding what you’re going to do next.

When I transitioned out of the Navy, I was equipped with great discipline, responsibility, and leadership skills. Due to continuous turnover at various bases around the world and people moving up in rank, I was consistently training people to take over my job when I left. Even in my early twenties, I was learning to lead and train lower-ranking sailors.

After working in the civilian world for almost six years now, I’ve noticed a difference in leadership skills between military personnel and those who are the same age, but without military experience. In my opinion, military personnel are incredibly equipped to lead. Leadership is an essential skill I have carried with me throughout my career, within the Navy and at Spartan College.